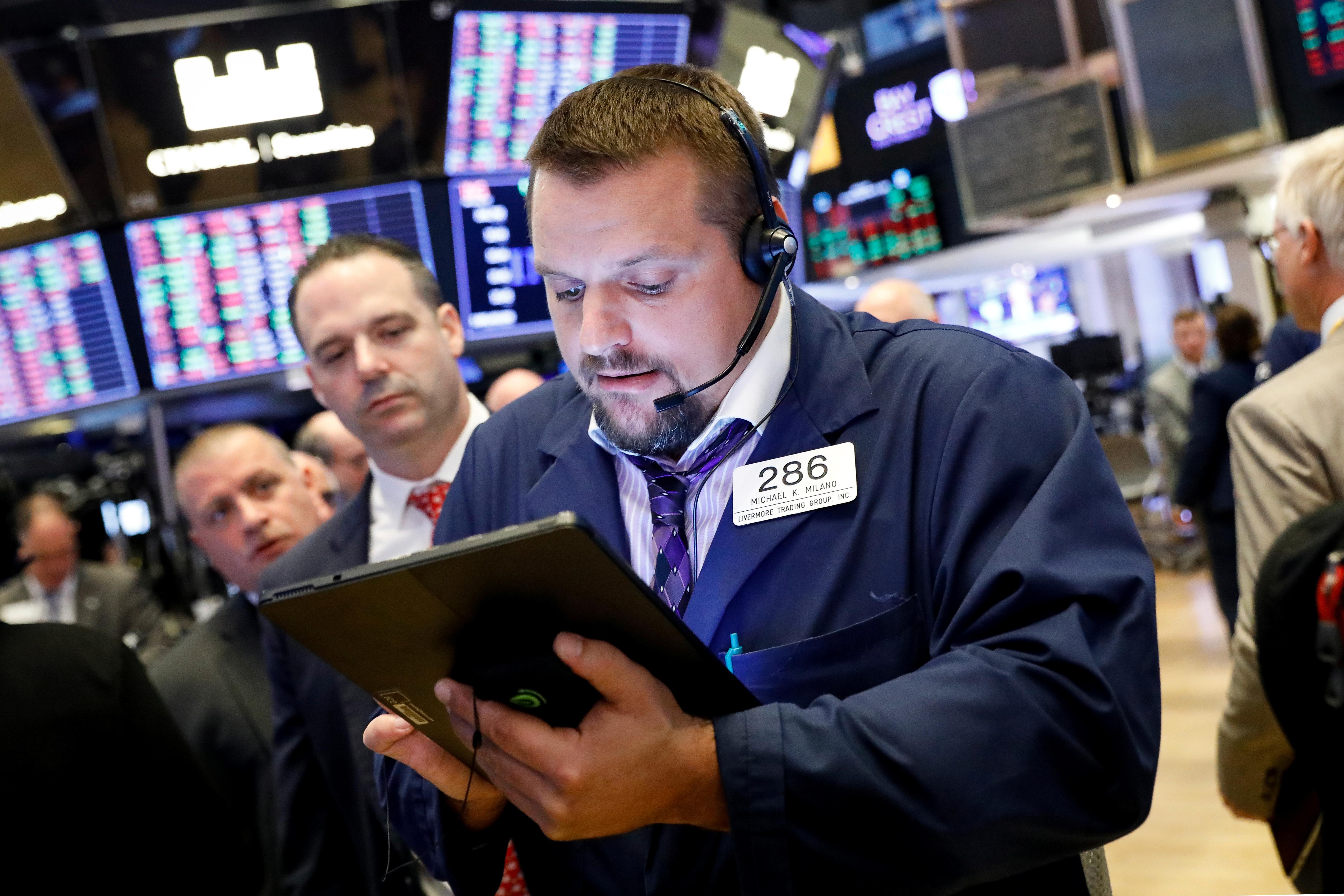 The technology sector .SPLRCT gained 0.6%, the most among 11 major S&P sectors. Only energy stocks .SPNY were in the red, tracking a drop in oil prices. [O/R]

Still, the main indexes were on course to end the quarter with their worst performance so far this year, with sentiment swinging wildly due to developments in the U.S.-China trade war and mixed indications from domestic economic data.

Reports about the United States curbing Chinese companies’ access to U.S. capital markets sparked a sell-off on Friday, with the S&P 500 .SPX and Nasdaq .IXIC hitting a more than three-week low during the session.

“If the U.S. goes down this road, it could have some serious repercussions,” said Robert Pavlik, chief investment strategist at SlateStone Wealth LLC in New York.

“It could possibly lead to the Chinese selling U.S. Treasuries and could put pressure on the Treasury market, so it needs to be well thought out before being executed.”

China was the second largest owner of U.S. Treasuries in July, behind Japan, but its holdings were the smallest since April 2017.

The third quarter witnessed an escalation in U.S-China trade tensions, the inversion of an important part of the U.S. yield curve, a second U.S. interest rate cut and political turmoil in Washington.

The S&P 500 and Dow are on track for their smallest percentage gain in three quarters, with the Nasdaq heading for a marginal decline. The benchmark index is now about 2% away from its record high hit in July.

In a bright spot, Newell Brands (NWL.O) jumped 3.5% after SunTrust Robinson Humphrey upgraded the household goods maker to “buy” and said it expected the company’s turnaround process to continue well in 2018.

Drugmaker Mallinckrodt (MNK.N) rose 1.8% after finalizing a settlement with Cuyahoga and Summit counties in Ohio in connection with opioid-related lawsuits.

The S&P index recorded 10 new 52-week highs and no new lows, while the Nasdaq recorded 12 new highs and 52 new lows.