(Reuters) – U.S. stock indexes extended gains to trade more than 1% higher on Thursday, as optimism was driven by upbeat earnings from Cisco and Walmart as well as robust economic data that underlined the strength of the domestic economy. Cisco Systems Inc jumped 7%, the most among the S&P and the Dow, after the network gear maker gave an upbeat sales forecast and said minimal sales exposure to China has helped cushion the impact from trade dispute.

Walmart Inc rose 2.6% after it reported its best first-quarter same-store sales growth in nine years. The big box retailer also said prices for shoppers will rise due to higher tariffs on Chinese imports.

All the major S&P sectors were trading higher, with nine of them posting gains of more than 1%.

“We are seeing a bounce back rally in markets and it is being driven by fundamentals, better-than-expected earnings and the possibility of lower interest rates,” said Bucky Hellwig, senior vice president at BB&T Wealth Management in Birmingham, Alabama.

“The strength of GDP for the second quarter is yet to be determined, but to the extent that there is a bullish outlook supported by data, that would help top line sales growth of U.S. companies.”

Strong data out of the United States soothed some fears of an economic slowdown that ratcheted up market expectations of an interest rate cut in the coming months.

Another report showed the number of Americans seeking unemployment benefits fell more than expected last week, pointing to sustained labor market strength that should underpin the economy as growth slows.

Investors have also been closely monitoring trade-related news to gauge if the protracted trade dispute could be resolved soon. The two sides are expected to resume talks in Beijing soon.

The main indexes are set to extend a two-day winning streak. The benchmark S&P 500 index is now about 2% below its all-time high that it hit just two-weeks ago.

Washington said it was adding Huawei Technologies Co to its “Entity List”, in a move that bans it from acquiring components and technology from U.S. firms without prior approval. 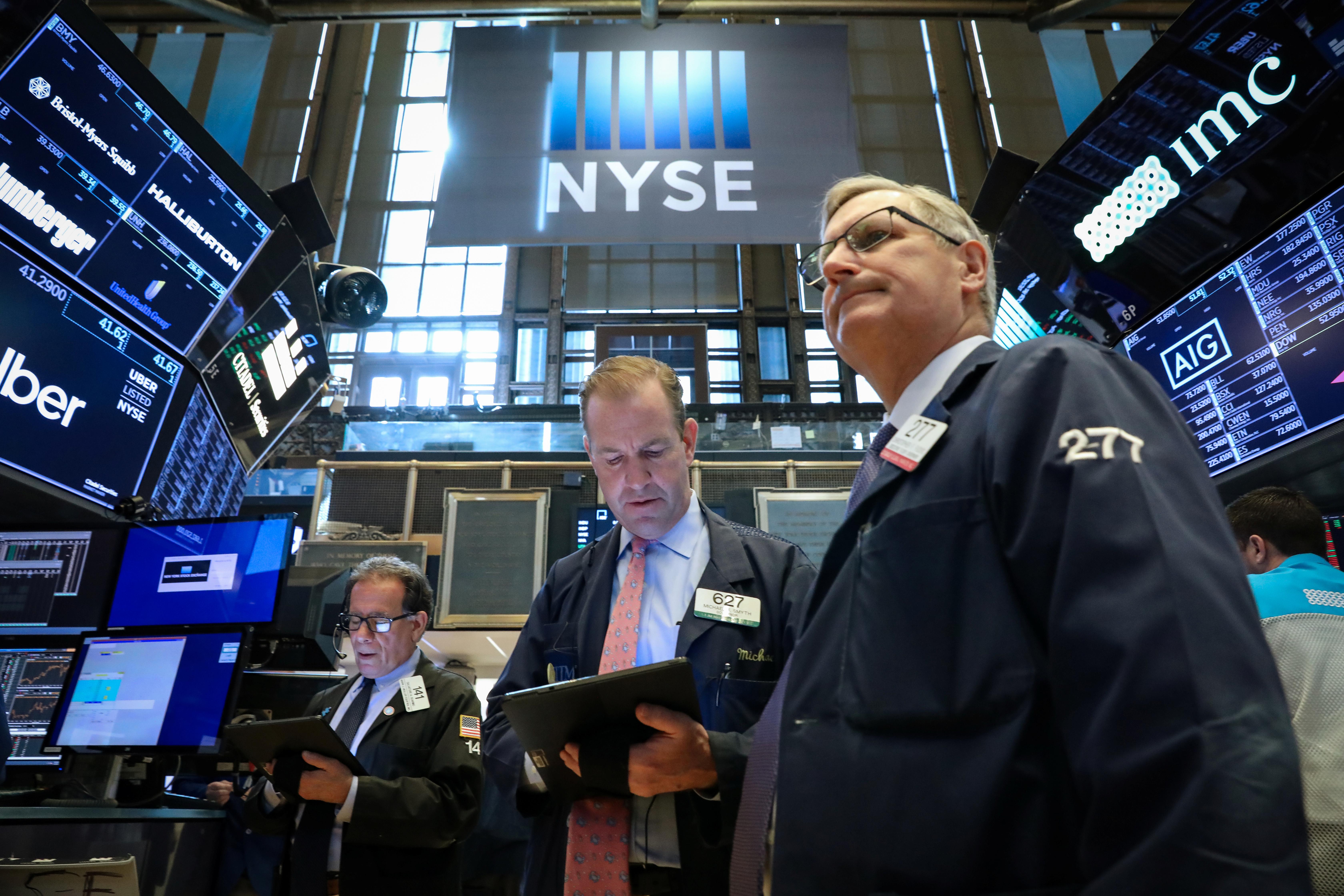 The Philadelphia Semiconductor index fell 0.77%, weighed down by losses in Huawei suppliers Qualcomm Inc and Broadcom Inc and Xilinx Inc.

The S&P index recorded 50 new 52-week highs and no new low, while the Nasdaq recorded 87 new highs and 49 new lows.

California Will Sizzle This Weekend, Raising Specter of Outages

Troubled wealth giant AMP's has reported double-digit losses across all four of the company's divisions for the half-year as chief executive Francesco De Ferrari acknowledges...

Bitfinex has been offline for at least two hours as of this writing, and the exchange has no confirmed time when it will be up...

LONDON (Reuters) - Prime Minister Boris Johnson will visit Northern Ireland on Thursday to talk up the strength of union between Britain’s constituent nations and...

Walt Disney World has established free, on-site coronavirus testing for employees and their families, drawing applause from Actors’ Equity Association after a two-month-long stand-off over...