The UK economy recorded growth of 0.3% in July, boosting hopes a pre-Brexit recession can be avoided.

According to the Office for National Statistics (ONS), UK output bounced back from zero growth the previous month thanks to a partial recovery in the dominant services sector.

However, the number-crunchers warned of a weaker underlying picture for services, which accounts for 80% of the economy, across the remainder of 2019.

July’s figures are the first in a crucial third quarter as politicians in Westminster continue their bitter squabble over Brexit, with the outcome still far from certain.

A flat or positive performance for growth during the three months to September would mean the economy averts its first recession since the financial crisis.

The UK was placed on a recession footing when data showed a 0.2% contraction for the economy between April and June.

That downturn was blamed on cautious shoppers and businesses in the run-up to the Brexit deadline of 31 October and the unwinding of stockpiling ahead of the original date of 29 March.

Also contributing to growth struggles worldwide are the effects of the US-China trade war.

The ONS said services grew by 0.3% in July following four months of stagnation.

Manufacturing and construction were also in positive territory – up by 0.3% and 0.5% month on month respectively.

The figures contrast with the findings of closely-watched survey data which have shown downturns in activity – with the malaise accelerating in August, prompting claims a recession is on the cards.

Other economists, along with the Bank of England, have been more upbeat on their predictions for the third quarter. 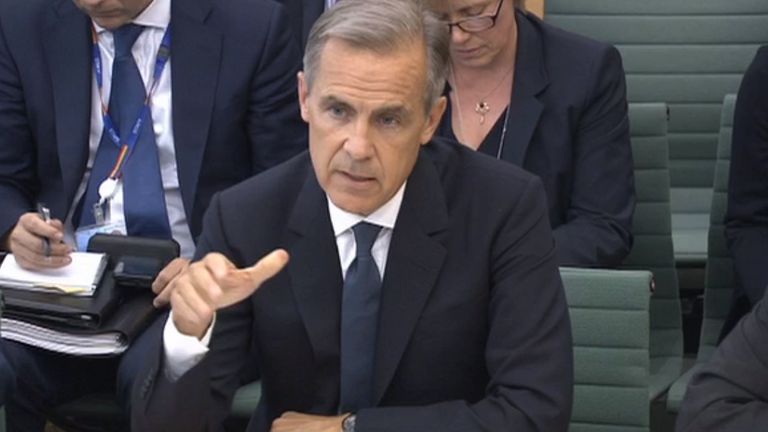 The stronger-than-expected GDP figures helped the Brexit-hit pound claw back some more ground against the dollar, reaching £1.23 after the statistics were published. It represented a 0.3% rise on the open.

David Cheetham, chief market analyst at online trading platform XTB, said: “While the figures are from from stellar, after a contraction in the second quarter the chances that we see a negative GDP print in the third have now dropped significantly, meaning that a technical recession will likely be avoided.”

Samuel Tombs, chief UK economist at Pantheon Macroeconomics, said of the data: “The pick-up in GDP in July is a reassuring sign that the economy is on course to grow at a solid-perhaps even above-trend-rate in Q3, thereby substantially weakening the case for the MPC (monetary policy committee of the Bank of England) to cut Bank Rate before Britain’s Brexit path is known.”

U.S. candidate Bloomberg vows to back Israel, takes dig at Sanders
We and our partners use cookies on this site to improve our service, perform analytics, personalize advertising, measure advertising performance, and remember website preferences.Ok