WASHINGTON (Reuters) – U.S. private employers hired fewer workers than expected for a second straight month in August, suggesting that the labor market recovery was slowing as the COVID-19 pandemic persists and government money to support workers and employers dries up. 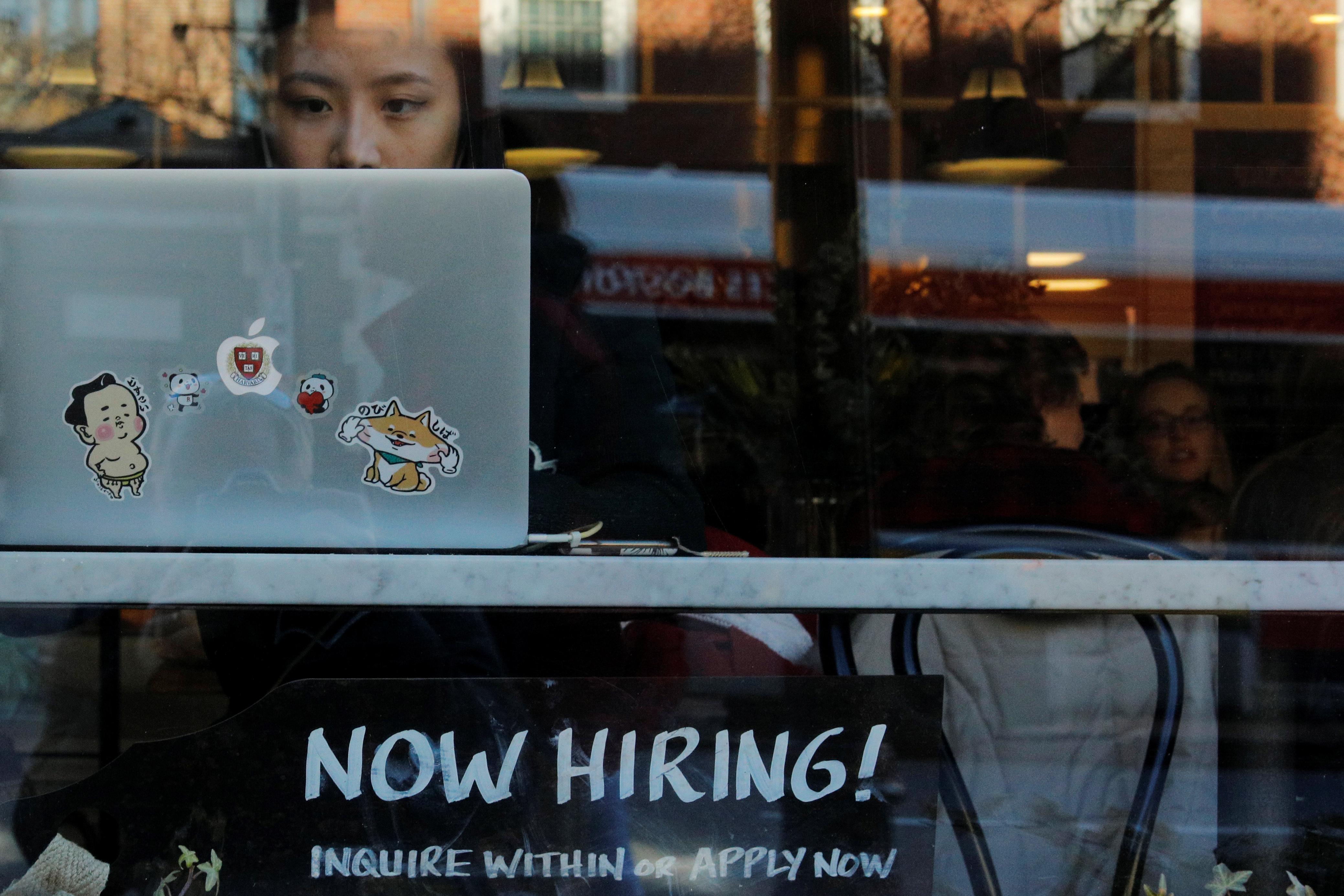 Large businesses accounted for the bulk of the job gains shown in the ADP National Employment Report on Wednesday, with small enterprises posting a modest increase. A $600 weekly unemployment supplement expired on July 31, while a program that gave businesses loans that can be partially forgiven if used for employee pay has also lapsed.

“The recovery in jobs lost in this pandemic recession was always a weak one,” said Chris Rupkey, chief economist at MUFG in New York. “But for a second month in a row it is looking like the jobs are not going to come back unless there is more stimulus from Washington to bolster economic demand and keep business activity and consumer spending growing.”

Private payrolls increased by 428,000 jobs last month. Data for July was revised higher to show hiring up by 212,000 jobs instead of the initially reported 167,000. The revision still left the July tally out of alignment with the 1.462 million rise in private employment reported by the government last month.

Economists polled by Reuters had forecast private payrolls would increase by 950,000 in August.

The ADP report, jointly developed with Moody’s Analytics, has fallen short of the government payrolls count since May because of methodology differences. The ADP report is based on active and paid employees on company payrolls.

The Labor Department’s Bureau of Labor Statistics (BLS) counts workers as employed if they received a paycheck during the week that includes the 12th of the month.

When businesses were shuttered in mid-March, millions of workers were either laid off or furloughed. Some economists believe that the return of furloughed workers when most businesses reopened in May boosted the employment numbers reported by the government.

Moody’s Analytics chief economist Mark Zandi told reporters he expected the gap between the ADP and BLS private payrolls to narrow in August. The government is scheduled to publish August’s employment report on Friday.

According to a Reuters survey of economists, private payrolls probably increased by 1.250 million jobs in August after rising 1.462 million in July. Such a gain would result in nonfarm payrolls advancing by 1.4 million jobs last month after increasing 1.763 million. That would leave nonfarm payrolls about 11.5 million below their pre-pandemic level.

“A sharp slowdown in payrolls in August would be a warning signal about the sustainability of job gains especially against a backdrop of ongoing interruptions to activity that raise the chance of business failures and permanent layoffs,” said Rubeela Farooqi, chief U.S. economist at High Frequency Economics in White Plains, New York. “Risks remain tilted to the downside for recovery in the labor market.”

Stocks on Wall Street were trading higher. The dollar rose against a basket of currencies. U.S. Treasury prices rose.

The moderation in job growth suggested by the ADP report is in line with other labor market indicators. Weekly new applications for unemployment benefits are hovering around 1 million. Data from Kronos, a workforce management software company, showed seasonally adjusted shift growth continued to stagnate in August, while figures from Homebase, a payroll scheduling and tracking company, showed little change in employment last month from July.

“In order for the economy to begin to add the number of jobs that continue to be predicted each month, we must first see a significant and sustained increase in overall shift volume growth,” said Dave Gilbertson, vice president, strategy and operations at Kronos.

United Airlines (UAL.O) said on Wednesday it was preparing to furlough 16,370 workers on Oct. 1. Airlines received $25 billion in government stimulus funds in March to pay wages and protect jobs through September.

Most of the increase in employment in August was in industries directly impacted by the pandemic, including restaurants, leisure and hospitality. There were also gains in temporary help, reflecting the uncertain economic environment.