The new round values the company at $2.5 billion, more than double the over $1 billion valuation Dream 11 enjoyed in April 2019 when it was declared the country’s first gaming unicorn. 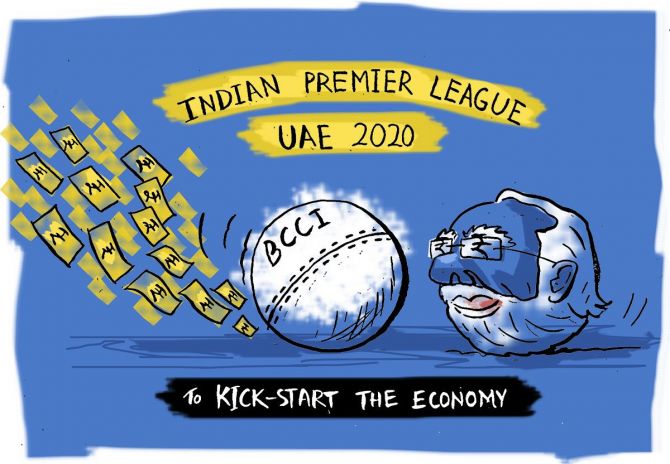 Sports technology company Dream Sports, which owns brands such as Dream11, FanCode and DreamX, has raised $225 million in a Series E round led by Tiger Global Management, TPG Tech Adjacencies, ChrysCapital and Footpath Ventures through primary and secondary investments.

According to people familiar with the matter, the new round values the company at $2.5 billion, more than double the over $1 billion valuation Dream 11 enjoyed in April 2019 when it was declared the country’s first gaming unicorn.

The funding comes close on the heels of the fantasy sports platform becoming the title sponsor for Indian Premier League (IPL) this year, replacing Vivo, for a four-and-a-half month deal. It was awarded the sponsorship rights for Rs 222 crore in August.

The unicorn has several other investors including Multiples, Think Investments, Steadview, Kalaari Capital and Tencent.

“We are excited to welcome our new partners, who share our passion for sports and have extensive experience in building highly valuable tech companies in India.

“Our vision is to ‘Make Sports Better’ for India and Indian fans through sports technology and innovation,” said Harsh Jain, CEO and co-founder of Dream Sports.

For years, the Mumbai-based firm, co-founded by Jain and Bhavit Sheth, failed to attract investors and remained entangled in legal battles as virtual betting or fantasy sports were considered illegal in India. However, a favourable court order in 2017 removed the hurdles.

The platform has utilised its funds to initiate an advertisement blitzkrieg – flooding all forms of screens, from TV to smartphone, with frequent advertisements.

Even before the title sponsorship deal, Dream11 was paying the IPL governing body Rs 40 crore a year as an official partner for the league.

The company has not released its latest financials yet.

“There is a significant opportunity to enhance the fan experience and we are excited to partner with Dream Sports to leverage technology in ways that will deepen the connection between Indian fans and the sports they love.”

Avendus Capital was the financial advisor on the transaction.

“Dream Sports is the largest and fastest-growing sports tech platform in the country with a phenomenal track record.

“ChrysCapital is excited to be a part of their vision to transform the way sport is consumed through technology and innovation,” said Kshitij Sheth, vice-president of ChrysCapital.

Fantasy sports players are riding high on IPL, which will begin after much delay on September 19.

“The IPL is the biggest sports media property in the country and will give a huge push to the sector.

“We have already signed on as principal sponsors of the Kolkata Knight Riders for this year’s edition.

“T20 Cricket’s popularity and the return of live sports after a long gap will ensure that these tournaments get great viewership,” said Abhishek Madhavan, VP, growth and marketing, of Mobile Premier League, another fantasy sports player in the country.