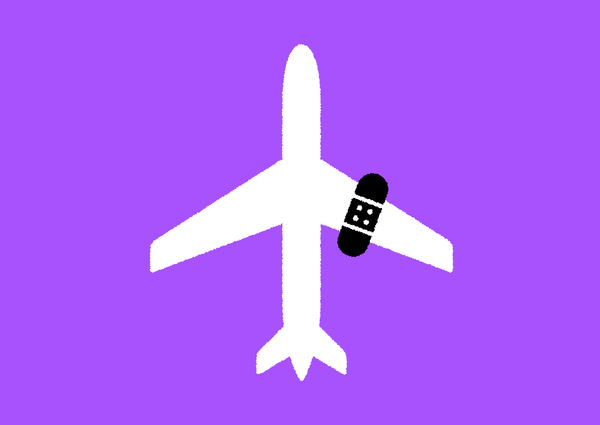 On Monday, the Food and Drug Administration granted full approval to Pfizer-BioNTech’s coronavirus vaccine for people 16 and older, kicking off a new wave of company vaccine mandates. Delta Air Lines announced a new approach to encouraging, rather than requiring, employees to take the vaccine: Starting Nov. 1, unvaccinated workers will have to pay an additional $200 per month to remain on the company’s health care plan. It’s unclear how effective the policy will be. Studies of employer wellness programs that promote healthy behavior, such as quitting smoking, by offering rewards or imposing penalties have shown little effect on employee health. But employees may respond differently to a program focused on vaccination, which doesn’t require a long-term behavior change.

Thursday provided a snapshot of the consolidating media landscape. The German publishing giant Axel Springer announced it would acquire Politico in a deal valuing the media brand at more than $1 billion. Vice Media laid off more than a dozen staff members and announced it would shift its focus to video, while Forbes announced it had struck a deal to go public via a SPAC that values the company at $630 million.

Jerome H. Powell, the Federal Reserve chair, signaled on Friday that the central bank may slow its purchases of government-bonds later this year, one of several policies it created to reduce the economic impact of the pandemic. Mr. Powell spoke at a closely watched conference that was held online rather than at its usual location in Jackson, Wyo., because of concerns about rising coronavirus cases. He said that the Fed would closely monitor the risks tied to the Delta variant and that the decision to slow bond-buying, a process known as “tapering,” did not signal an intention to raise interest rates.

Jury selection begins Tuesday for the trial of Elizabeth Holmes, the disgraced founder of Theranos. Ms. Holmes promoted what she claimed was a simple blood test that would revolutionize health care, attracting prominent investors, assembling a star-studded board of directors and landing a partnership with Walgreens. She appeared on the cover of Inc. Magazine next to the tagline “The Next Steve Jobs.” In reality, the tests had significant problems, a Wall Street Journal investigation revealed. Ms. Holmes has pleaded not guilty to allegations that she defrauded investors and patients. If convicted, she faces up to 20 years in prison.

Facebook has approached academics and policy experts about forming a commission to advise it on global election-related matters, The New York Times recently reported. The company has struggled with how to handle political ads, lies and hate speech around elections. Its new commission would be structured similarly to what the company calls its Oversight Board, a group of experts formed and funded by Facebook that reviews some of the platform’s content decisions. But the election commission would provide input on decisions, rather than ruling on them after they’re made. Should the company follow through with the commission, experts say it could help sidestep criticism from political groups.

On Friday, the U.S. government will release its monthly jobs report for August. Last month, the report showed the largest gains in jobs in nearly a year, and the lowest unemployment rate since the pandemic began. This time, economists will be watching the new numbers for signs of how the resurgence of virus cases has affected the economic recovery.

Inflation rose again in July. You’ll soon be able to shop on TikTok. Maybe you’ll want go back to the office if it has … bees? And the U.S. Open tennis tournament begins on Monday.