Shares of Tesla shed as much as 10% on Friday as its recent epic rally took a pause.

The company this week reported blockbuster second-quarter earnings that beat Wall Street’s expectations and showed a fourth consecutive quarter of profit. That was the final milestone Tesla needed to hit to be considered for inclusion in the popular S&P 500 index.

Optimism that Tesla would meet the goal drove shares to fresh highs ahead of the earnings release — Tesla closed at an all-time high of $1,643 per share on Monday. Shares popped as much as 6% early Thursday following the company’s earnings report but pared those gains to finish the day lower.

Tesla traders may be taking some profits following an epic run that sent shares up nearly 300% year-to-date.

While a slew of analysts, including Tesla bears and bulls, increased their price targets on the automaker following its earnings release, the group is still largely skeptical of the company.

Next, investors will be watching to see whether Tesla is indeed included in the S&P 500. They’ll also be awaiting the company’s Battery Day event, scheduled for September 22 at its factory in Fremont, California.

Still, even with Friday’s losses, Tesla stock is up more than 240% year-to-date.

Read more: Jason Tauber is crushing the market this year by finding the tech companies enabling the biggest disruptions. He told us how he’s adjusting his game plan as valuations soar — and 7 of his top picks today. 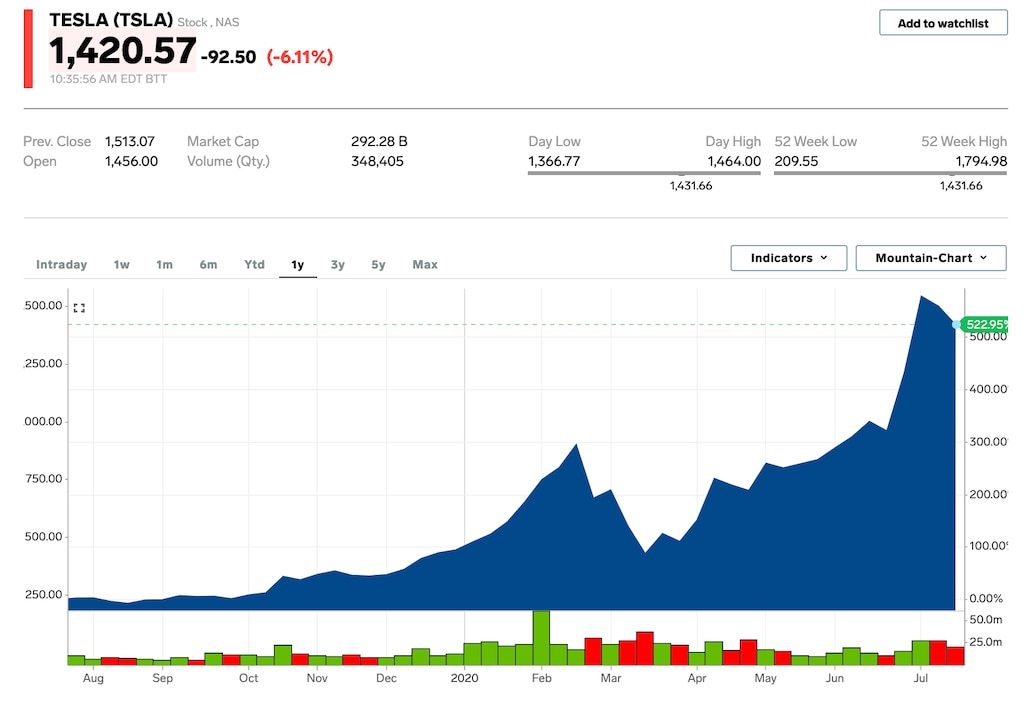