SHANGHAI — More than a decade after Shang Xia’s creation and its initial bold declaration to become the first modern Chinese luxury house, the brand is journeying on what is still a lonely path.

It’s somewhat unexpected given that in that same amount of time, Chinese luxury purchasing power has grown so exponentially that pre-pandemic predictions had forecasted the segment to account for half of global luxury purchases by 2025. With the current COVID-19 market recovery trajectory, that milestone looks likely to be met even sooner.

But as it happened, the once-promising forerunner in Shanghai Tang has landed on hard times. Since Richemont, the brand has bounced from owner to owner like a round of hot potato, and while there are parallels drawn to Fosun and Shandong Ruyi as fellow aspirants to luxury’s halls of power, their method of acquiring brands that are European rather than creating a house rooted in Chinese identity means it doesn’t make for an exact apples-apples comparison. And in any case, both those groups so far have produced fairly mixed results.

So when the news was shared at the end of last year that Hermès was selling down its stake to just a minority holding in Shang Xia — despite the addition of a well-known majority shareholder like Exor — it cast some doubt on the fortunes not only of Shang Xia the brand, but the endeavor of whether China could build a luxury house at all.

Streetwear’s Leaders of the New School

But Jiang Qiong Er, Shang Xia founder and artistic director, is unswerving in the vision and shared that she feels it is quite the opposite. With this new investor structure, Shang Xia is ready to hit its stride and express itself more daringly, she said, and in a way that is much more anchored in fashion.

“Shang Xia is like a kid,” said the entrepreneur, painting a poetic picture of the restructuring. “When you create a new luxury brand, it’s like you give birth to a new baby. Shang Xia is that new baby. Hermès is the father and I am the mother. The kid is 12 now and almost a teenager. During his life the first few years, this kid spends most of the time with his parents, but then he goes to school. When he gets a great mentor that is so important.”

“We want to have a great mentor to bring new inspiration, new thinking, it is to open the mind and to encourage the kid to try new things, be more himself,” she said to describe the relationship with the Agnelli family-owned Exor. “I think a parent’s relationship with kids should change according to the different age and time. Now is the time Hermès will give courage and independence to Shang Xia — to say, ‘Let’s go. I will always be here, be brave.’ I think that is where we are now.” 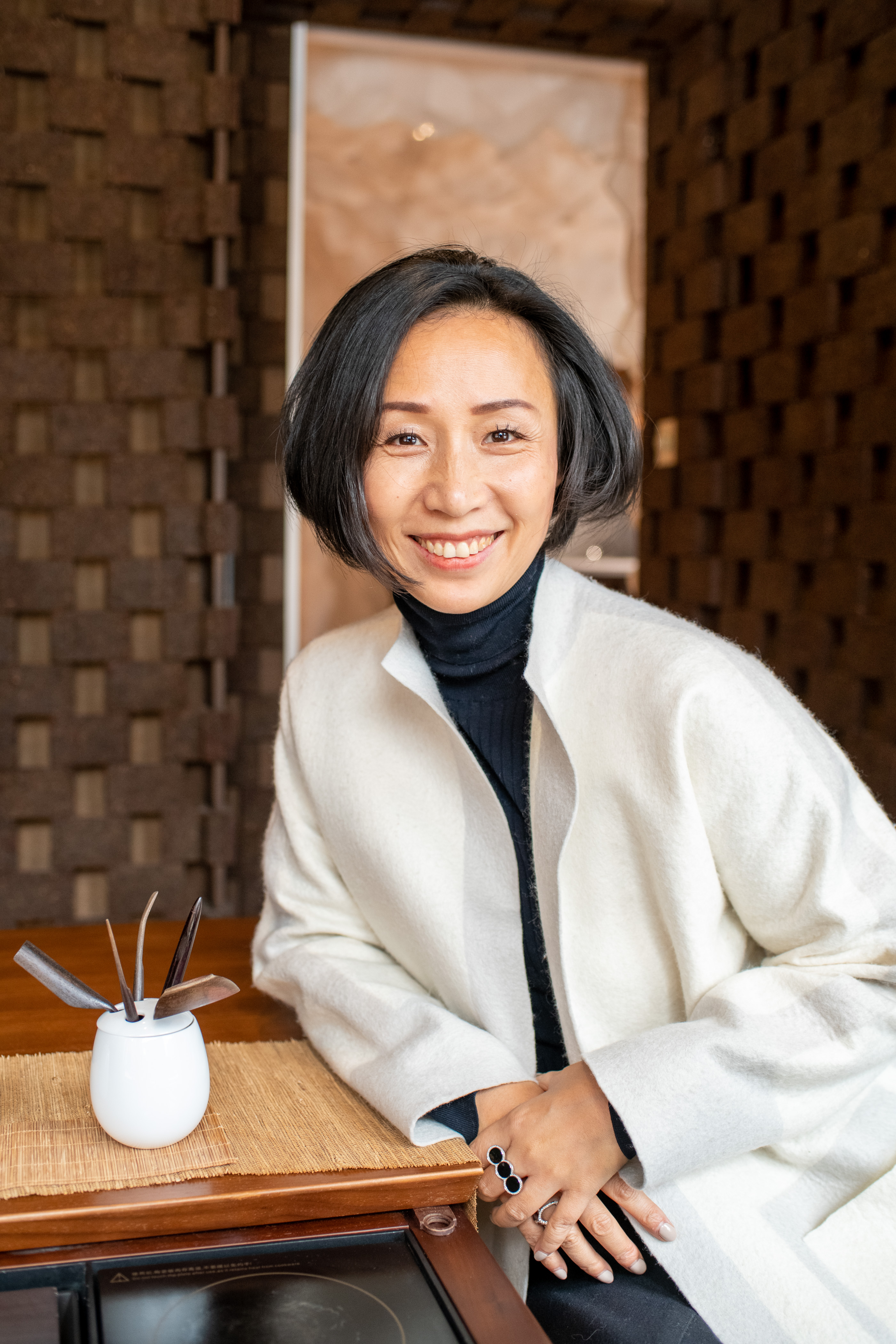 Jiang at the Shanghai flagship of Shang Xia. Dave Tacon/WWD

Launched in 2008, Jiang keeps the brand’s exact size private but reveals that revenue was flat in 2020, a big deceleration after the brand saw 60 percent year-over-year growth in 2019. However, in a pandemic year, Jiang considers that a win.

“What’s important for Shang Xia now is not the revenue but the trends and the value,” Jiang said. “The priority of the first 10 years is not to create the most maximum revenues, you will dilute the brand. Twenty-twenty was chaotic worldwide but in China we had a great year. We opened three new stores in Chengdu, Hangzhou and Beijing.”

“Twenty-twenty-one is very important for us, it’s the first year of our new chapter. We will strengthen more on the fashion approach in Shang Xia which means ready-to-wear, accessories, leather goods all of these fashion categories.”

For now, the brand’s business can be split about equally between its fashion category and homewares and lifestyle. 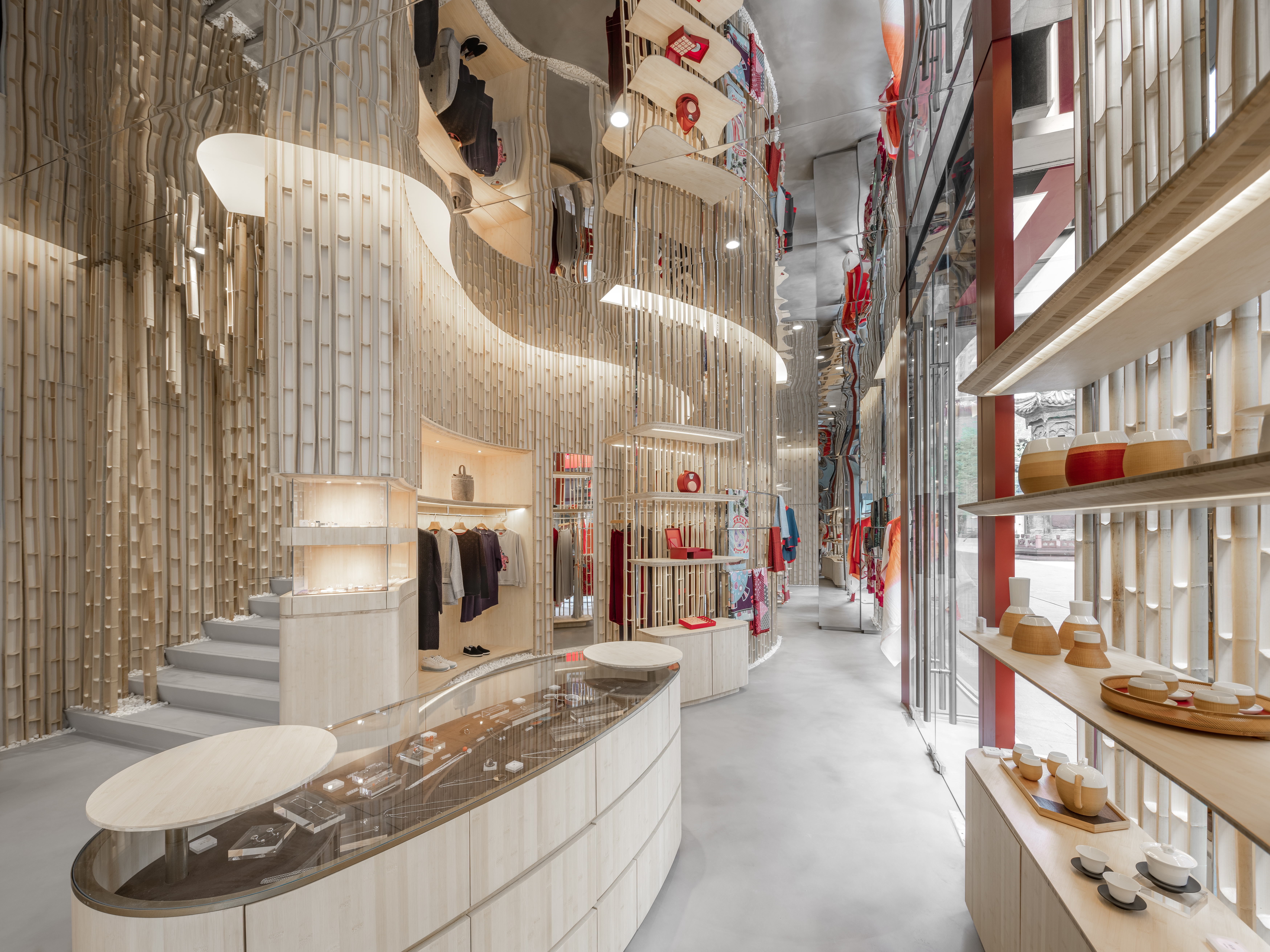 In order to do that, the company plans to establish a design studio in April hiring a team of around 10 in either France or Italy, because “still most of the know how of luxury fashion goods are there.”

That its design hub is based in Europe and not China is not contradictory to the identity of the brand, Jiang assured. “The China presence is not related to the territory, it’s about the culture. What we want to translate from China in Shang Xia is not Chinese shapes or elements, it is the spirit of China, the philosophy from China and the aesthetic feeling. The beauty from China that you can feel but you cannot see from a pattern.”

On the whole, she points to the lack of an ecosystem in China for luxury artisanship as her biggest challenge to date with the brand.

“That took us a longer time than what we expected,” she said. “As you know for historical reasons [the Cultural Revolution], it has been disrupted or broken and then you need to reconnect all of this. And the mind-set of these artisans or masters, that takes time.”

“For example, we discovered some great craftsmanship but in this workshop you have no management, no process. Even though you can do a perfectly beautiful sample prototype, if you say I want a hundred, then you will have a lot of surprises,” she said. “Even if it’s perfect in the end, because of the packaging and logistics, it can be destroyed. It took time to bring this management to these workshops and to help them arrange the process. We really invest a lot in this and the ecosystem to supply all these artisans or excellence and the talent in merchandising and retail.” 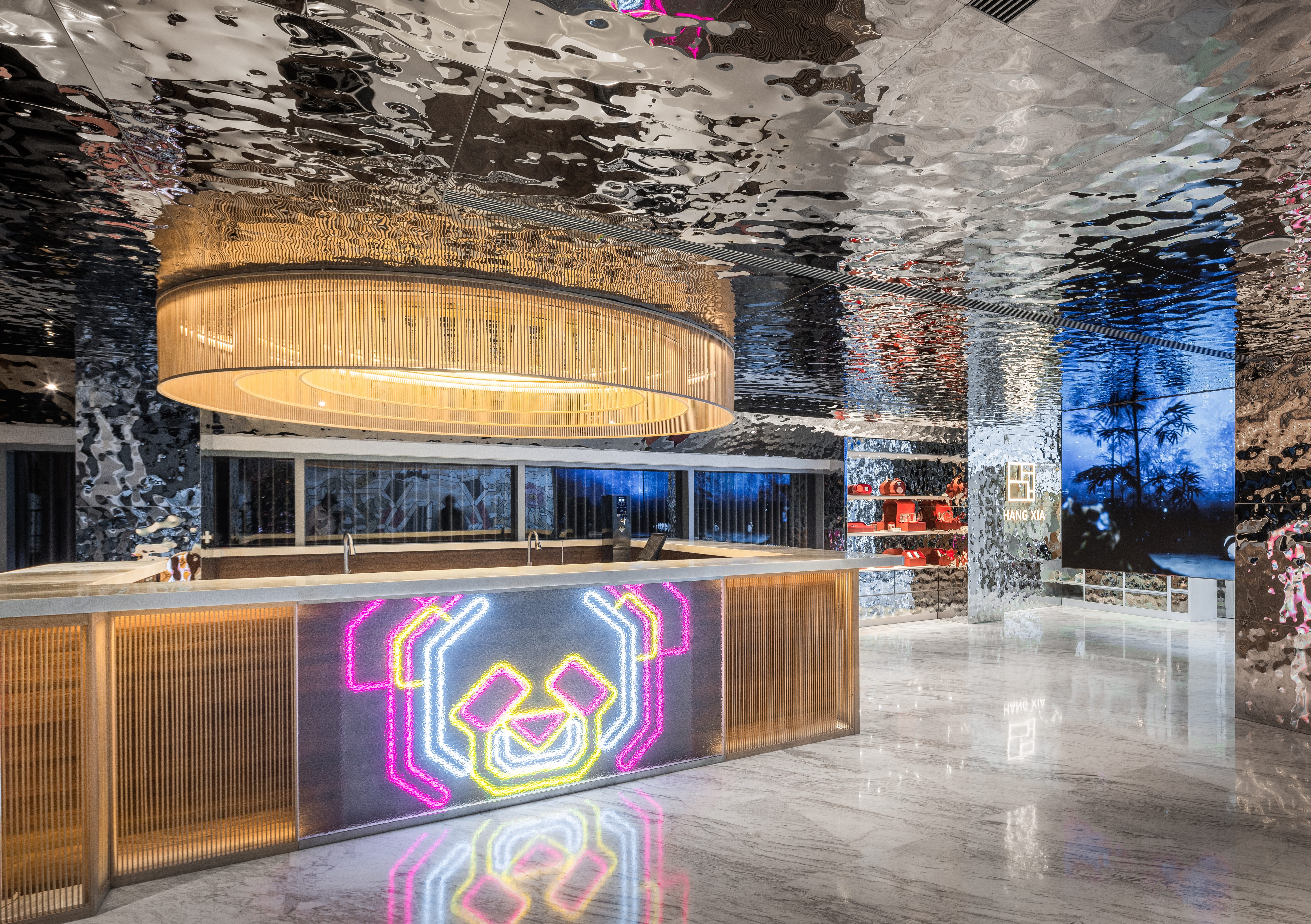 Starting last year, the brand showed a taste of what its new flair could look like. It released a novel sneaker capsule and also unveiled its first food and beverage concept in Chengdu, a trendy Tea Temple that combined aspects of a cocktail mixology experience and applied it to tea.

“We will have some real surprise come the middle of the year. It’s more from the creative side, how Shang Xia will express fashion, the attitude of our fashion approach to categories,” Jiang said. “Starting from 2021, based on the foundation that we built, we will be more of a pioneer, and full of unexpected surprises and we want to empower the brand with fashion in Shang Xia. It’s about collections, digital communications, offline events, it’s all related.”

With interest in how a China-centric view on luxury only growing every year, Jiang said there are a few key things to remember about her country.

“China is a country of contrasts,” she said. “We are the same time the most advanced in technology and digitalization of daily life but at the same time, an agricultural society and we are a country full of admiration of tradition and heritage still. We are also a nation of positivity. China is adaptable and very pragmatic, and in different situations we are ready to change.”

Exordium, the publisher of the upcoming sci-fi strategy game Infinite Fleet, has announced a public security token offering, or STO, on the STOKR platform, starting...