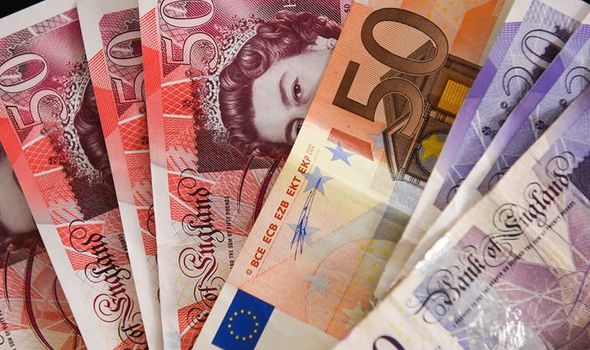 The pairing has continued to sink following increasing pressure on Theresa May to quit, with the resignation of Andrea Leadsom, the Leader of the House of Commons, who resigned in protest at Mrs May’s ‘new Brexit deal’. Former Tory leader, Iain Duncan Smith, quipped that May was not leaving, and that “[t]he sofa is up against the door”. Meanwhile, tensions between the UK and the EU are running high, with EC President Jean-Claude Juncker saying he admired Mrs May’s resilience while criticising MPs’ attempts to remove her from office. Mr Juncker said: “What I don’t like in the British debate is it seems more important to replace the Prime Minister than to find an agreement among themselves.

“This is a woman who knows how to do things but she is unable to succeed in doing things.

“I like her very much; she is a tough person.”

There is a lack of UK economic data today, with many Sterling traders instead focusing on Brexit developments and the European elections instead.

The euro, meanwhile, has continued to gain against Sterling, with the German GDP figures for the first quarter remaining steady at 0.4 per cent.

These were, however, followed by an easing in the flash German Markit Manufacturing PMI figures for May, which fell deeper into contraction at 44.3 – missing the consensus of 44.8.

The German PMI composite figures for May, however, exceeded the expected 52.0 and rose to 52.4.

Phil Smith, the Principal Economist at HIS Markit, remained generally downbeat about the eurozone economy, saying: “It is manufacturers who remain the most downbeat about the outlook amid lingering global trade tensions, though the survey highlights that fears of a slowdown may have started to spread to services, where confidence is now at its joint-lowest since 2014.”

The single currency further weakened following the eurozone preliminary manufacturing PMI figures for May, which eased against last month.

The pound euro exchange rate will likely be driven by political news today.

With the European Elections in progress, and Mrs May’s leadership under fire from across the political spectrum, any indications of an undeliverable Brexit deal could considerably weigh on Sterling.

Garangao to be celebrated in Qatar amid coronavirus restrictions