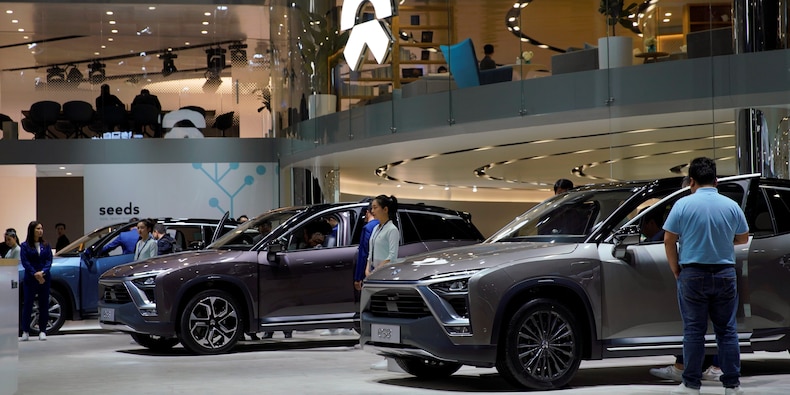 Nio jumped 5% on Monday after it reported record monthly, quarterly, and yearly delivery numbers for the end of 2020.

The China-based electric vehicle manufacturer saw record demand for its model lineup, as the company sold 7,007 vehicles in December, representing year-over-year growth of 121%.

China has been experiencing white hot demand for electric vehicles in recent months, with other manufacturers like XPeng and Li Auto beating Wall Street expectations and hitting new delivery records.

Read more: GOLDMAN SACHS: Buy these 37 stocks that could earn you the strongest returns without taking on big risks in 2021 as the recovery and vaccine distribution get underway

“China remains a greenfield EV market opportunity as we believe overall EV sales can potentially double in the region over the next few years given the pent-up demand for EV vehicles across all price points,” Wedbush’s Dan Ives said in a note on Monday.

Nio has cumulatively sold 75,641 vehicles since its launch of the ES8, ES6, and EC6 in 2018 and 2019. On January 9, Nio will introduce a new electric sedan model and detail its ongoing developments in autonomous driving at the fourth Nio Day event.

Tesla also impressed investors with its 2020 delivery figures. The company said it delivered nearly 500,000 vehicles in 2020, missing its target by just a few hundred vehicles. Tesla jumped 3% in Monday trades. 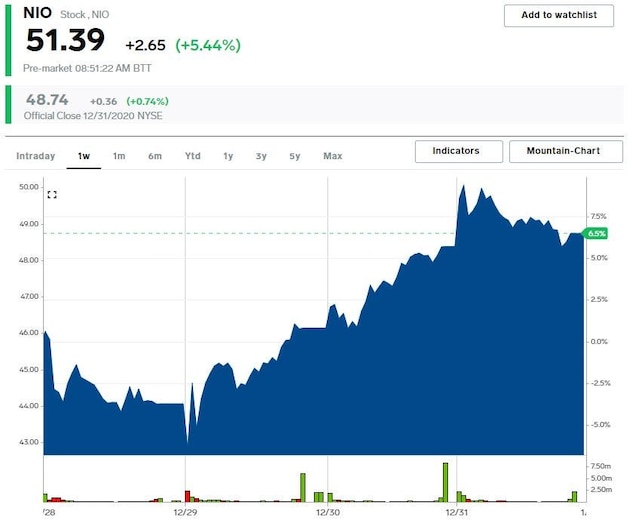 A look back at Boris Johnson's tumultuous 2020

Shares of apparel and accessories retailer Express Inc. (EXPR) are surging more than 76 percent or $1.37 in Monday's morning trade at $3.16 after gaining...