Netflix are strongly contesting the insistence today of a now fired staffer that they did not leak confidential financial information about Dave Chappelle and others to the press — very strongly.

“While we would never normally talk about an investigation like this, these claims are not supported by the facts,” a spokesperson fr the streamer told Deadline less than a hour after the now pink slipped B. Pagels-Minor told Deadline that they only shared a data rich document last week internally, albeit widely. 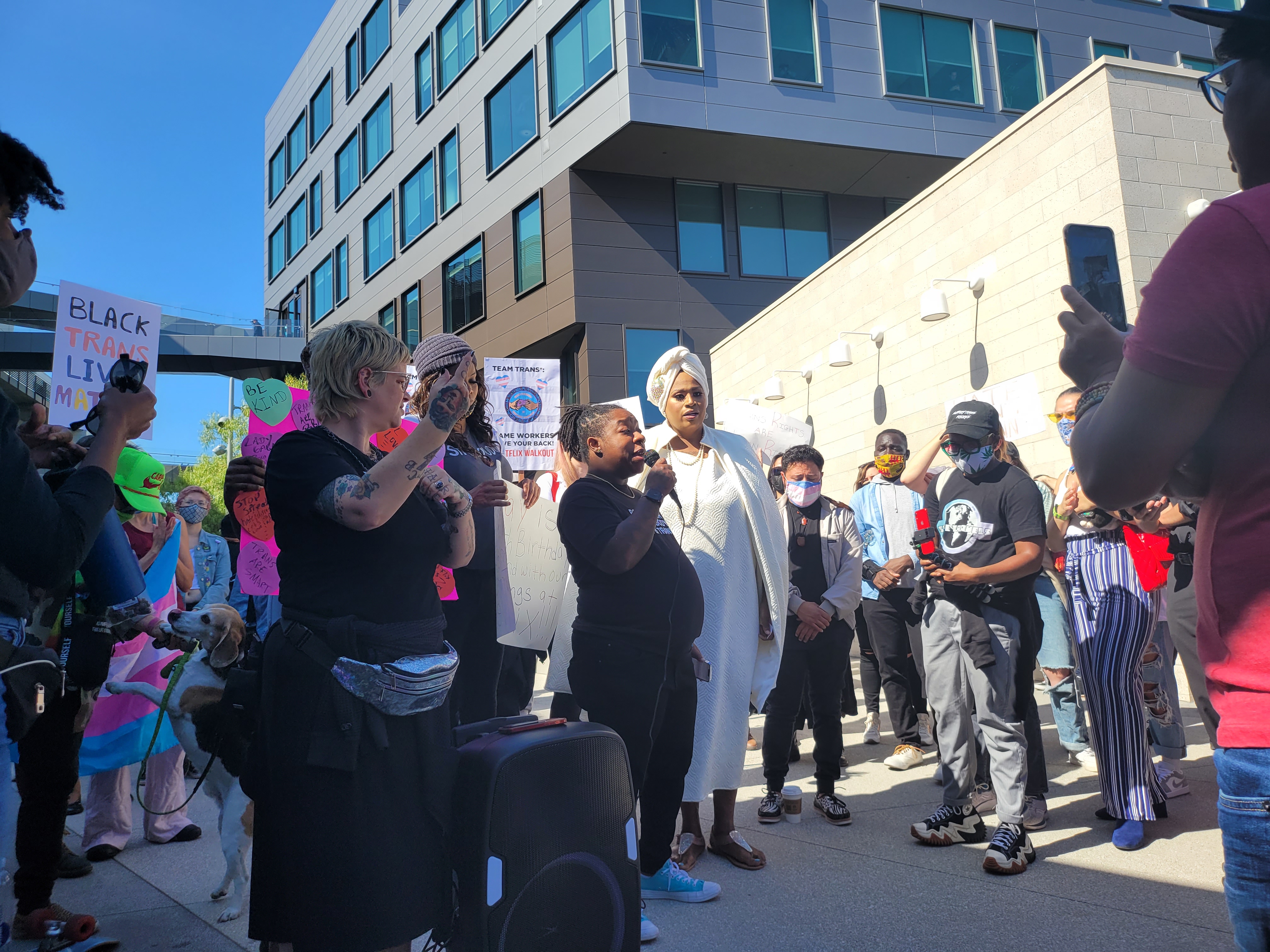 Going public for the first time since being axed late last week, the non-binary identifying Pagels-Minor was among the speakers Wednesday at the walkout rally of anti-transphobia protestors and streamer staffers opposed to Netflix’s reaction to outcry about Chappelle’s trans and LGBTQ+ communities hitting October 5 launched comedy special The Closer.

“This employee admitted sharing confidential information externally from their Netflix email on several occasions,” the Netflix spokesperson continued, not mentioning Pagels-Minor by name. “Also, they were the only employee to access detailed, sensitive data on four titles that later appeared in the press.”

“They claim only to have shared this information in an internal document, and that another employee must have leaked it,” the streamer representative added, tripling down. “However, that document was missing data for one title and so cannot have been the source for the leak. In addition to having no explanation for this discrepancy, the employee then wiped their devices, making any further investigation impossible.”

For the record, the “commercially sensitive information,” as Netflix referred to the data when Pagels-Minor was fired, in question is that the streamer paid Chappelle $24.1 million for his sixth special. That’s up from the $23.6 million the Mark Twain Prize winner received for his 2019 Sticks & Stones special. Appearing in an October 13 Bloomberg article, the leak also revealed that the streamer paid $3.9 million for Bo Burnham’s Inside pandemic special, and $21.4 million for Squid Game. The talk of yesterday’s Q3 earnings call with co-CEO Reed Hastings and Ted Sarandos on it, the Korean produced horror drama has gone on to become the most watched Netflix original series ever.

After vigorously defending the streamer and The Closer twice in the last week, Sarandos late yesterday also went on an apology tour for his self-described “screwed up” communication about Chappelle’s special and the pained reaction it caused to those inside and out Netflix. Hastings on the other hand, has been externally silent on the matter.

“To your macro question on being on the right side of history, we will always continue to reflect on the tensions between freedom and safety,” Hastings wrote on an internal company message board last week when asked whether Netflix was “making the wrong historical choice around hate speech.”

“I do believe that our commitment to artistic expression and pleasing our members is the right long-term choice for Netflix, and that we are on the right side, but only time will tell,” the Netflix founder and co-CEO went on to say in his posting.

Additionally, as the streamer outwardly promises more transparency, Hastings is adamant internally about stopping any disclosure or leaks of Netflix’s metrics or other data. The Silicon Valley-set co-CEO has made it clear via minions that leakers will be fired immediately if identified and the full scope of their NDAs will be enforced, I’ve learned.

Pagels-Minor did not respond to request for comment on Netflix’s take on what really went down. If and when they do, we will update.