With just over a week left until the federal eviction ban expires, the race to get emergency rent relief to as many struggling tenants and landlords as possible is in its final stretch.

How much house can I afford?

How does inflation affect my standard of living?

How much do I need to save for retirement?

“It is a race against the clock,” said Diane Yentel, president and CEO of the National Low Income Housing Coalition.

After a slow start, the pace of distributing the $46 billion for rent relief that was allotted in the December stimulus package and the American Rescue Plan has improved. But it won’t get to everyone who needs it in time.

In June, more than $1.5 billion in assistance was delivered to 290,000 eligible households, according to the US Treasury Department, more money than what was doled out from January through May. The number of households that received aid is up from 160,000 in May and 100,000 in April. But the rollout has been uneven, Yentel said.
“The pace of getting emergency rental assistance to tenants and landlords in some states and cities is unacceptably and inexcusably slow,” she said. “I can say with certainty that assistance will not reach all the tenants who need it before the eviction moratorium expires.”

An estimated 11.4 million adults living in rental housing — or 16% of renters — are behind on rent, according to an analysis of a US Census Bureau survey by the Center on Budget and Policy Priorities. Of the households who are behind, more than 3 million people said they were likely to be evicted “within the next two months,” according to a Census survey from early July.

Who will get rent relief in time

With no existing national rent relief infrastructure prior to the pandemic, the US has had a patchwork process of distribution that has put tremendous administrative burdens on states, cities and localities. This has hampered efforts to get money to those who need it quickly. But the rental assistance program is reaching more people now than earlier this year.
“We expect this trend to continue,” said Noel Andrés Poyo, the deputy assistant secretary for community and economic development at the US Treasury Department in a White House meeting on eviction prevention on Wednesday. “We have a lot more work to do, but we are encouraged that the data is bearing out that this responsive policy making is working.”
Even though the deadline for the eviction ban is approaching at the end of July, he said struggling renters need to know relief is still available.
“The money is flowing. There is more there. Come in the door. Let’s make this work,” he said. 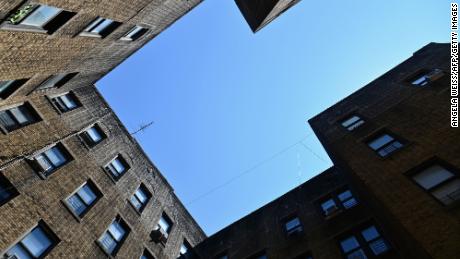 Continued rapid expansion is needed to reach the scale of renters at risk of eviction, Yentel said, as well as reducing the administrative hurdles for applicants.
While emergency rental assistance is available in each state, the pace of distribution has varied.
Some places like Illinois, Oregon and California got off to a slow start, she said, but have since ramped up. Illinois, for example, went from reporting that it gave no assistance in May to being the second-highest provider of rental assistance in June, according to Treasury.
And some states, like Iowa, have indicated they may not take the second allocation of emergency rental assistance from the American Rescue Plan. Iowa Finance Authority director Debi Durham questioned why the state would draw down another $120 million in rent relief when the state did not expect to go through the $195 million it has now, according to the Des Moines Register.
Texas has distributed about 50% of its relief money, while states like Arizona, Colorado and Rhode Island have distributed less than 5%, according to tracking by the NLIHC.
But in Arizona, some areas have gotten a lot more money out. Phoenix has distributed about 40% of its funds, while Pima County has distributed over 60% of its money, according to NLIHC.
“From the beginning of the pandemic, there has not been a holistic response to keep renters stably housed and it is no different now,” Yentel said. “It continues to be a patchwork of protections for tenants.”
Tenants in some places will receive emergency rental assistance in time, while in other places, there may be additional protections in place like preventing evictions of those in the process of applying for rent relief, she said.
“But, in many places, neither will happen,” she said. “It is completely unfair and unjust that whether or not a family stays housed depends on where they live.” 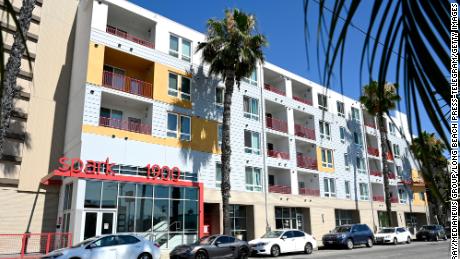 In the Miami area, for example, struggling renters are facing a perfect storm of housing challenges. In addition to the eviction protection expiring, there are also many people who have been displaced because some condo buildings have required residents to leave as a precaution following the collapse of the Champlain Towers South.
As the expiration of the eviction moratorium approaches, the need to distribute rental assistance is greater than ever, said Jeffrey M. Hearne, director of litigation at Legal Services of Greater Miami.
“We are very worried about this deadline,” he said. “Evictions have been happening, there are loopholes, but we know [the moratorium] is helping to protect our clients.”
The best case scenario for tenants who are at risk of losing their home once the moratorium expires, he said, is that they will continue to be able to access the rental assistance and landlords will be willing to take it.
But that won’t be the case for many struggling renters. “We are very worried that there will be a lot of people made homeless over August.”

Eviction off ramps and diversions

After giving a clear indication that the eviction moratorium, already extended four times, is not likely to be extended again, the Biden administration has asked states and communities to consider other programs and protections to keep renters housed and get landlords paid. 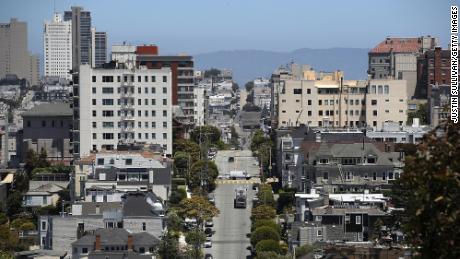 Some communities are creating eviction diversion programs, which involve mediation between the landlord and tenant before evictions can proceed.
Philadelphia put a mediation program in place last August. A judge won’t hear a case if the landlord can’t prove they’ve gone through the mediation first. Idaho is rolling out a similar program in which the tenant and landlord can negotiate an agreement through an online portal that may remove the need for them to go to court.
These kinds of programs not only keep the parties out of court — avoiding the black mark of an eviction filing for the tenant and reducing court costs for all — but also encourage tenants or landlords who are reluctant or unaware of the aid to take rent relief and keep tenants in place.

Other communities are working to develop an “off-ramp” from the eviction protection, said Yentel. In Minnesota, for example, lawmakers have prohibited eviction for nonpayment of renters who are in the process of applying for rent relief, until June 2022.
If you still need assistance to cover rent or to help pay back rent, there is a searchable list of available programs at the US Treasury and also one managed by the NLIHC.
Source: Read Full Article

Tags: laid, off and evicted amid Covi