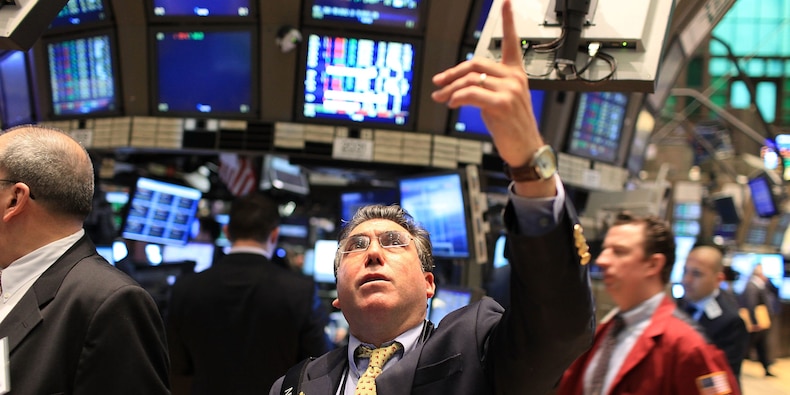 While many investors have focused on a sharp earnings rebound in the third quarter as a sign of a strong recovery, strategists from Jefferies see another signal that’s pointing to larger stock gains ahead.

A team of strategists led by Sean Darby said company profit margins are indicating that at at least one extra quarter of improvement is on the way.

“Just as earnings are cyclical, so too are margins,” Darby said in Friday note to clients. “Almost missed by market participants is the fact that the ‘shock’ drop in margins is reversing just as quickly. Glancing at the components of our margin proxy, there is probably at least a quarter of further margin improvement to go.”

82% of companies in the S&P 500 beat estimates in the third quarter, while 74% beat sales forecasts-a positive sign for profits, according to Jefferies.

Darby added that the lack of a blue wave election outcome now signals that tax hikes will be less likely, so corporations will be able to reinvest more.

“The good news is that, as the corporate sector replenishes its inventories, capital investment intentions are rising,” he said. “While investors anticipated a large fiscal stimulus bill under a ‘Blue Wave’, the expectation of higher taxes might have quashed any investment or large capital outlays. This gives rise to Jefferies having a more bullish outlook for 2H21.”

The larger market sentiment has shifted strongly in the favor of the bulls over the past few days. In fact, Bitcoin refused to drop below...

This article is brought to you by the Personal Finance Insider team. It has not been reviewed, approved, or otherwise endorsed by any of the...

The chair of Australia's largest super fund has called on the federal government to abandon the use of carryover credits, saying it would be dangerous...