The combined weight of IT companies in the benchmark Nifty 50 index is now at a five-year high of 15 per cent as these companies continue to outperform the broader market. 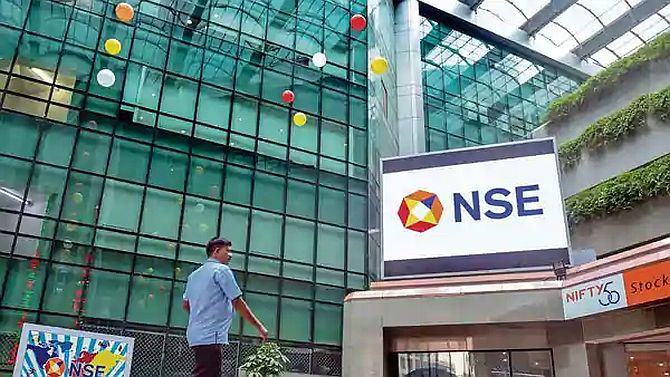 Information technology (IT) majors such as Tata Consultancy Services (TCS), Infosys, and Wipro have turned out to be the favourite defensive bets for equity investors worried about the economic uncertainty after the Covid-19 lockdown.

The combined weight of IT companies in the benchmark Nifty 50 index is now at a five-year high of 15 per cent as these companies continue to outperform the broader market.

Tech majors had a combined market cap of Rs 15.9 trillion on Friday, up from Rs 14.9 trillion at the beginning of January this year.

In comparison, the index companies’ total market capitalisation is now down to Rs 84.6 trillion from Rs 90.5 trillion at the beginning of the year.

Infosys has been the top performer in the industry with 24 per cent year-to-data rise in its market value, followed by HCL Technologies with gains of 10 per cent and Wipro rising 6.4 per cent.

In comparison, Tech Mahindra has been a laggard with a 21 per cent, while industry leader TCS is up just 2 per cent.

Analysts attribute the outperformance to the industry’s resilience during the pandemic and better-than-expected earnings reports during the June quarter.

“These companies surged on the back of sound operating margin expansion and future growth guidance in the range of 1-2 per cent.

“Although growth expectations are still in-line with the past trajectory, the cost reduction trigger has re-rated IT stocks in India,” said Jimeet Modi, founder and chief executive officer, Samco Group.

According to Modi, IT players have brought about renewed confidence among equity investors, who were otherwise ready for a “washout quarter”.

The NSE IT Index was up 8.1 per cent last week led by Infosys and Wipro, which witnessed strong double-digit rally.

At the macro level, the broader market dependence on IT companies to drive the overall corporate earnings in the current financial year will continue.Brokerages expected IT companies to account for nearly 27 per cent of the combined net profit for all index companies in the June 2020 quarter, nearly 50 per cent higher than their historical share.

Excluding banks and non-bank lenders, the sector is expected to account for 42 per cent of the index earnings in Q1 FY20, against a historical average of 24 per cent.

It could be even higher if manufacturers and lenders report lower than expected profits as has been the case in last few quarters.

The Street expects IT companies to maintain their profits at last year’s level against an estimated 33 per cent year-on-year decline in the combined earnings of non-IT index companies in the April-June 2020 period.

On the top line front, IT majors are expected to account for 14.6 per cent of the combined net sales of index companies in June quarter against historical average of around 10 per cent.

Most analysts expect the trend to continue given the industry’s ability to report earnings growth despite the pandemic.

“IT companies are expected to be least impacted by the lockdown unlike manufacturers and industrial companies.

“This would translate into earnings outperformance by the industry and superior stock performance,” said Dhananjay Sinha, head of research at Systematix Group.

Most brokerages have upgraded the sector after the first quarter results. ICICI Securities, for instance, expects 20 per cent upside in Infosys over the next 12 months and has raised the price target to Rs 1,000 a share.

“Despite challenges in the quarter, the company’s execution has improved.

“We believe this is on the back of large deal win and market share gains,” write Devang Bhatt of ICICI Securities in the companies’ earnings report for Q1FY21.

TCS has been an outlier and the street expects a subdued performance from the stock going forward.

Kotak Institutional Equities has cut the company’s forward earnings estimates for FY23 by about 4 per cent and has reduce rating on the stock assigning a fair value of Rs 2,040 per share against Friday’s closing price of Rs 2,201.