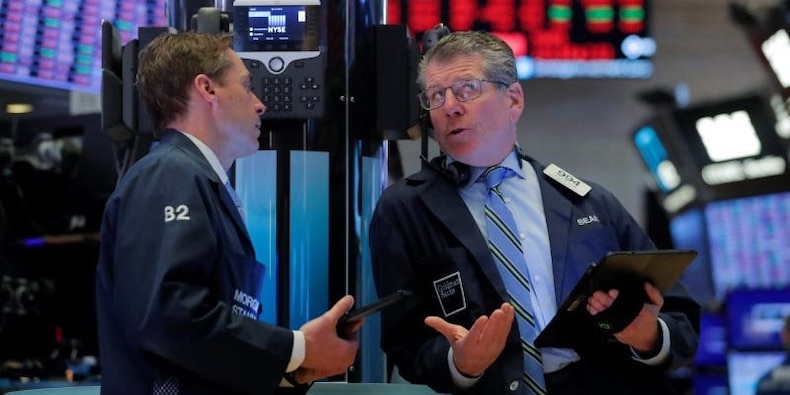 Global stocks fell on Thursday after investor hopes for a COVID-19 quickly faded as the US imposed new COVID-19 restrictions in New York.

Futures tied to the Dow Jones, S&P 500, and the Nasdaq dropped 0.5%, pointing to a fall in the major indices at the start of trade later.

The US recorded over 1 million new COVID-19 cases over the past 10 days. On Wednesday, the country saw a record 136,325 new cases, according to Johns Hopkins data.

Cuomo indicated that more restrictions would follow if the virus is not brought under control, but he is resistant to a complete lockdown.

Pfizer’s positive results of its COVID-19 vaccine this week led to some rotation in markets out of work-from-home stocks and into stocks that are more exposed to the health of the global economy.

A vaccine might mean there is less incentive for the Republican-controled Senate to approve a larger fiscal stimulus package, said Eric Diton, managing director at the Wealth Alliance.

The UK’s FTSE 100 fell 0.4% after data showed its economy grew at a record 15.5% in the third quarter, but a second lockdown could reverse its pace of growth.

“Markets remain sensitive to headlines and the risk of incremental regulation in other tech segments, both of which could add to near-term pressure,”said Mark Haefele, chief investment officer at UBS Global Wealth Management. “Earnings from several key companies in the next few days could offer more clarity on how companies will respond and be impacted by the new moves.”

Oil prices came under pressure after the International Energy Agencysaid global demand would not materially improve until well into 2021, even with a vaccine. The IEA’s comments echo those from OPEC, which on Wednesday slashed its demand forecasts, citing rising COVID-19 cases and government lockdowns. Brent Crude and West Texas Intermediate fell slightly to $43.7 a barrel and $41.4 a barrel, respectively.

“The sluggish recovery of demand, coupled with rising production in countries that have not signed up to the production cuts agreement, is likely to necessitate strong action on the part of OPEC+,” Commerzbank analysts said.

The Texas State Securities Board (TSSB) issued a cease and desist order Tuesday against ‘TradeGo Forex Exchange’ and three individuals involved in a phony FX...

Nigeria’s Finance Ministry is reportedly in talks with the country’s securities regulator to develop a new framework for blockchain and cryptocurrencies -- a move that...

Jay Schottenstein believes he knows what consumers want.  “Today, people want soft; they want to be comfortable. And they want to have quality at the...

FILE PHOTO: A woman shops at a Gap store as pre-Thanksgiving and Christmas holiday shopping accelerates at the King of Prussia Mall in King of...

EU demands Brexit deal reviewed in 10 years sparking anger from UK – ‘They don’t get it!’

We will use your email address only for sending you newsletters. Please see our Privacy Notice for details of your data protection rights.Britain and Brussels...