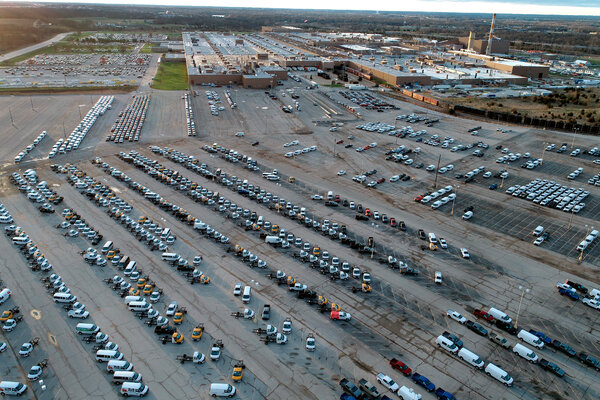 General Motors said Thursday it expected to increase shipments of pickup trucks and other vehicles to dealers over the next several weeks, a sign that the global shortage of computer chips is beginning to ease.

G.M.’s financial results in the first half of the year would be “significantly better” than it had previously forecast, the automaker said in a statement. The company had previously indicated that its profit would fall to about $500 million in the second quarter, from more than $3 billion in the first quarter. The company had blamed the chip shortage for forcing it to idle several plants for weeks at a time.

G.M. said it planned to increase production of its heavy-duty pickups at a plant in Flint, Mich., next month. It said output would rise by about 1,000 trucks per month. Other factories will forego usual vacation closures this summer to make up for some of the production lost earlier this year.

The company also expects to ship to dealers a batch of about 30,000 midsize pickups from a plant in Wentzville, Mo. These trucks that had been assembled without certain electronic components and had been kept at the plant until the missing parts arrived.

G.M.’s stock price was up about 6 percent on Thursday afternoon after it updated its profit forecast.

Other automakers have also been slowed by the chip shortage. Ford Motor has said it expects to make half as many cars in the second quarter as it originally planned. Tesla has increased prices of some of its cars, and stopped using radar sensors as part of its Autopilot driver-assistance system.