New York (CNN Business)The Taliban’s rule of Afghanistan faces an imminent threat: The war-torn nation’s banking system is on the verge of collapse.

Nearly two weeks after the Taliban seized power, Afghanistan’s banks remain shuttered. That has left many people in the country without access to cash. 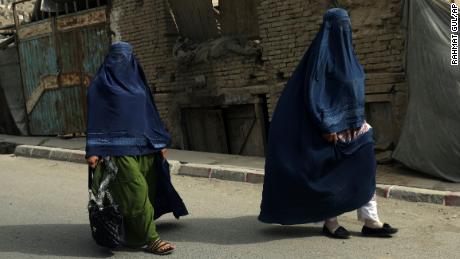 “No one has money,” one current employee of Afghanistan’s central bank told CNN. The employee, speaking anonymously due to fears for their safety, said many families don’t have enough money for their daily spending and some paychecks have been halted.

All of this raises the specter of a severe economic and humanitarian crisis in Afghanistan, just weeks after the takeover by the Taliban.

The central challenge is that Afghanistan’s economy is heavily reliant on access to foreign currency and international aid — most of which has been blocked since Kabul fell. Grants finance a staggering 75% of Afghanistan’s public spending, according to the World Bank.

Afghanistan’s banks are still closed, days after the Taliban ordered them and other services to reopen, because they’ve virtually run out of cash, the central bank source said.
“You’ve got a stack of cards that is about to come down,” a person familiar with the situation of the Afghan economy told CNN. “As soon as you open the banks, it will expose how fragile the system is.”

The Afghan banking industry is similarly warning of a complete meltdown.
“Afghanistan and its banking sector are at an ‘existential flash point’ where the collapse of the banking sector is at hand,” reads an August 23 memo sent by the Afghan-American Chamber of Commerce. The memo was written by a banking and finance working group composed of major Afghan commercial banks, customers and investors.
Afghanistan’s central bank, the bedrock of its financial system, appears to be in disarray. 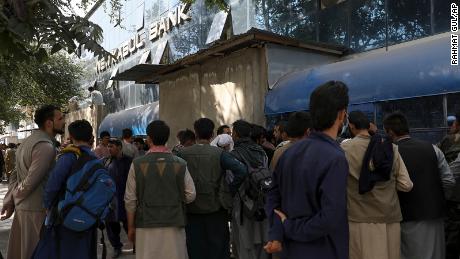 Many current employees of the Afghan central bank have not been allowed back in the office since the Taliban took power, the Afghan central bank source told CNN.
“My coworkers are worried for their unclear destiny,” the source said.
The Afghan-American Chamber of Commerce memo indicated that, at least as of August 23, central bank leadership “refused to answer any communications” from the banking industry. Requests for cash from the central bank were not honored, the memo said.
The Afghan banking group said it decided to close all banks across the nation on August 15 and has not reopened due to a fear of a “run” by customers for deposits.
Another factor cited in that August 23 memo was the fact that the Taliban had not appointed a new central bank governor. Later that day, the Taliban appointed Haiji Mohammad Idris, as acting governor of the central bank, according to media reports.
Little is known about the new central bank chief. He appears to be a loyalist without the kind of resume or training that would inspire confidence in the Afghan banking system.

Part of the problem is that Taliban-ruled Afghanistan has turned into a pariah almost overnight.
The Biden administration swiftly blocked the Taliban from accessing the billions of dollars held by the central bank in the United States.
The International Monetary Fund halted $450 million in funds that were scheduled to arrive in Afghanistan early this week. And then the World Bank froze financial support for Afghanistan. 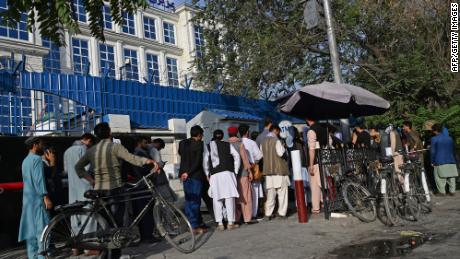 The cash shortage is a nightmare for a country that runs a very large trade deficit like Afghanistan does.
Citing a “rapid depletion of cash,” the Afghan banking group called for the US government to immediately grant access to the central bank assets.
“Without access soon, we fear the entire Afghan economy and banking sector will fail and liquidation of assets will be ordered,” the memo said, “and public frustration and possible violence will soon result as the public [will] not be able to buy food and major services.”

Growing risk of a humanitarian disaster

All of this will pose an immediate governance test for the Taliban — and could create an opening for ISIS and other groups seeking to further destabilize the region.
“The Taliban came in not understanding what they would be inheriting here,” the economic source familiar with Afghanistan told CNN.
Now, fears are rising that the situation in Afghanistan will soon devolve into a humanitarian disaster.
In a recent interview with CNN, Ajmal Ahmady, who led the Afghan central bank before fleeing the country, warned of economic hardship, cash shortages, inflation and a surge of refugees leaving the country. Ahmady pleaded with the international community, and the United States in particular, not to back away from Afghanistan. 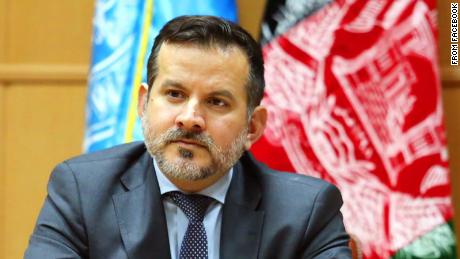 “Humanitarian assistance not only needs to remain, but needs to increase over the next few days and months,” he said. “Let’s not wait until another crisis hits.”
Consider that nearly half — 47% — of households in Afghanistan lived in poverty, according to the World Bank.
“Very quickly, this is going to get very bad,” the economic source familiar with Afghanistan told CNN, adding that a humanitarian crisis is “inevitable” in the current path.

The Afghan central bank employee voiced concern about what lies ahead.
“I have many wishes — all of them are going to die,” the employee said. “We are moving towards a hopeless future.”
Source: Read Full Article

Prince Andrew plans to 'come out fighting' Virginia Giuffre sex assault case as his legal team plan to 'scrutinise inconsistencies in her lawsuit' as he...

Time was when you turned on your car’s ignition, all that happened was that the mechanical system fired up your engine and made it run....