New-generation private sector banks such as ICICI, HDFC, Axis, Kotak etcetera owe their existence to the recommendations of the first Narasimham Committee. 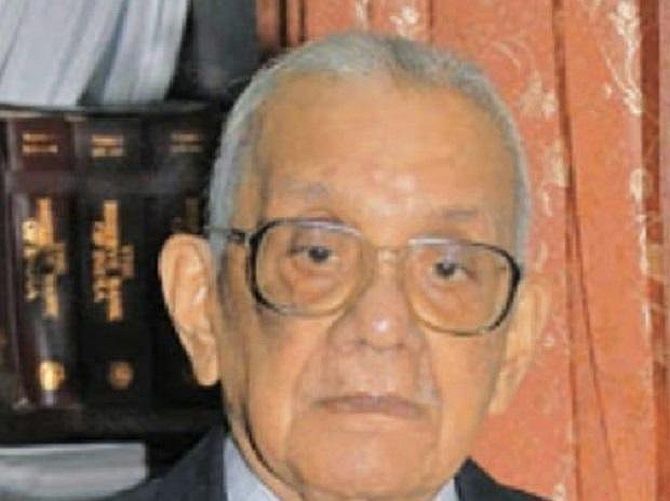 The architect of modern Indian banking, former Reserve Bank of India (RBI) governor Maidavolu Narasimham died in Hyderabad on Tuesday. He was 94.

Narasimham was known for being the chair of two high-powered committees on banking and financial sector reforms.

Such is the importance of the two Narasimham Committees that some of their aspects are referred to and employed to this date.

For instance, the idea of bank mergers and creating strong megabanks was first mooted by the Narasimham Committee.

That is yet to fructify even as successive governments tried much to complete it.

Recently, the government merged 12 banks in order to create a few large government banks, but it has not been easy and the work is far from over even though the Narasimham Committee proposed it back in 1991.

New-generation private sector banks such as ICICI, HDFC, Axis, Kotak etcetera owe their existence to the recommendations of the first Narasimham Committee.

So do the asset reconstruction companies (ARCs), which are the basis of the proposed “bad bank” that is yet to take shape.

No other committee had so much impact on the Indian financial sector as the Narasimham Committee.

Narasimham was an intellectual giant, and in the words of former RBI deputy governor Usha Thorat, a “brilliant mind,” a “fantastic draftsman” and a “visionary”.

“Though I never worked with him, we understood that he wrote the RRB (regional rural bank) report in 1976 in one day

“He felt very strongly that rural banks should have a local feel and local touch, and they should have the professional approach of the commercial bank.

“This is how the RRBs came into existence,” Thorat said.

Yet, he was a “typical Southie – simple living and high thinking. Very soft-spoken and gentle, but what a sharp mind!” as a former RBI official described him.

Some of those visions, 30 years old, are the backbone of almost all reports that are written today on the banking sector.

In fact, it is almost customary that all reports start by referencing the hallowed “Narasimham Committee Report” I and II.

Here’s a sample of the recommendations that have been implemented now.

The first Narasimham Committee Report, presented in 1991, recommended the creation of a four-tier banking structure with three large banks on top.

It also introduced the concept of rural-focused banks such as local area banks.

It proposed a phased reduction in banks’ mandatory bond investment and cash reserve limits so that banks lend money for other productive needs of the economy.

The committee introduced the concept of capital adequacy ratio and proposed the abolition of the branch licensing policy.

The concepts of non-performing assets classification and full disclosure of accounts were also recommended by the first committee.

The RBI introduced the prudential norms and told banks to set aside provisions for bad debts.

By proposing to deregulate interest rates, it brought in gre­ater competition among banks.

The committee introduced the concept of an asset reconstruction fund to take over bad debts.

Six special recovery tribunals were set up, with an appellate tribunal in Mumbai.

The modern Insolvency and Bankruptcy Code is an improvement on this.

Importantly, working on the recommendations, the banking sector was opened up for the private sector.

Banks were also asked to list in order to raise capital from the markets.

The committee also clearly told the government to separate ownership from the management.

Much of the technology upgradation and modernisation of banks is also due to this committee.

Given the fact that issues such as separation of ownership and management and bank mergers still continue to divide people within the government and outside, Narasimham Committee reports will, undoubtedly, continue to resonate for a long time to come in India’s financial landscape.

As will the man who was the force behind them.