The intersection of faith and money can be complicated.

But investing by the tenets of your faith has become easier, and in many cases it’s neither less profitable nor more risky than investing without a religious screen. There are Islamic exchange-traded funds and real estate investment trusts, Jewish venture capital funds and Catholic separately managed accounts.

And these strategies are not just attracting investors of the same faith. In some cases, people are choosing to participate in what they see as a solid investing strategy regardless of its religious tenets.

“What we’ve seen is faith-based investing, like sustainable investing over all, is much easier to do now than it has been in the past,” said Jackie VanderBrug, head of sustainable and impact investing in the chief investment office at Bank of America. “In the past, clients would have been told that faith-based investing is a great way to lose money. We can say now that you don’t have to give up risk-adjusted returns to invest this way.”

Ms. VanderBrug added that the pandemic and the social unrest that began last summer with George Floyd’s killing had prompted more people to look to their faith and to invest in a way that expressed their values.

“The pandemic brought to light our collective interdependence and vulnerability,” she said. “We now have this lived experience of our interdependence.”

As with investing with environmental, social and governance criteria, faith-based investing allows people to adhere to the tenets of their faith while still having a diversified portfolio, albeit with some exceptions.

In some ways, investing along faith-based lines isn’t that much different from one religion to another. But some provide more guidance than others. People who invest in line with their Jewish faith often embrace the principle of tikkun olam, which calls for people to leave the world a better place. For Catholics, the United States Council of Catholic Bishops has issued six principles as guidance — including protecting human life, pursuing economic justice and protecting the environment — though interpreting those principles is up to individual investors.

Islam has a governing body known as the Accounting and Auditing Organization for Islamic Financial Institutions that sets guidelines on how to invest in an Islamic-compliant way. For instance, investors are allowed to back a company only if it derives no more than 5 percent of its revenue from something that is prohibited like the sale of alcohol.

Monem Salam, executive vice president and portfolio manager at Saturna Capital, which invests along Islamic principles, said he had two main criteria for making investments for Saturna’s four funds — three in stocks and one in fixed income. The Islamic faith prohibits earning interest, but the organization has created a way for companies to borrow money to expand their operations.

One is to avoid any investment prohibited by Islam, which includes banks, insurance, tobacco, alcohol and pornography. But Mr. Salam said he also looked at the companies themselves. So he can invest in Islamic banks, for instance, or in beverage makers like Monster, which may have been excluded under a broad screen.

He said he also looked for companies that did not have excessive debt, because debt is acceptable only in cases of necessity. He steers away from companies that are cash rich, because there is a prohibition on trading in them when more than 45 percent of their balance sheet is in cash. While a portfolio with Apple holds lots of cash, it is not enough to violate the prohibition, but it is a number the fund monitors.

He also screens companies that have a small portion of their earnings in forbidden revenue, like an airline that sells alcohol. In that case, the fund will look to see if the company gets less than 5 percent of its revenue from something that is prohibited.

“In an ideal world, we’d be buying something that is 100 percent compliant, but that’s just not possible,” Mr. Salam said.

To add diversification, Saturna has recently added the Islamic equivalent of a fixed-income fund, which invests in the market for sukuk, which are bondlike instruments. Instead of earning interest on the bonds, investors receive a lease payment from the sukuk. For example, if an airline like Emirates needs a new plane, it can borrow the money from the sukuk market and the obligation is structured as a lease of that plane to the sukuk.

“The difference between Islamic and non-Islamic investors is not in what they’re looking for but in what products are available to them,” Mr. Salam said.

Faraz Ahmed, head of the online help platform at Google, has worked in technology for most of his career. For years, his portfolio was almost entirely focused on stocks to avoid the Islamic prohibition against interest. These investments were considered halal, or permitted, but he said he worried that his portfolio was too risky. 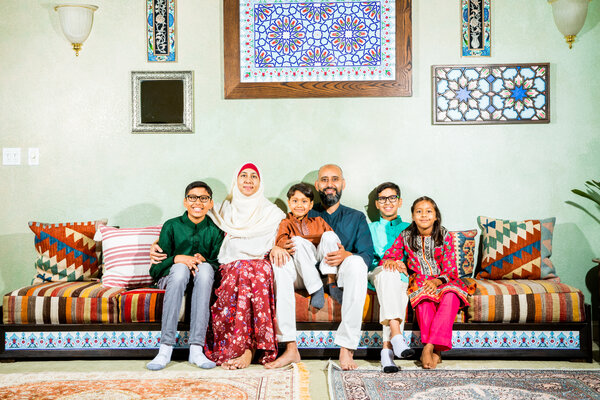 “Since I’ve been in the tech industry since the early part of my career, stock has always been a big portion of my compensation package,” Mr. Ahmed said. “Generally, tech companies are qualified as halal investments. But being in the tech industry and because our compensation is so tied to the stock market, it certainly heightened my awareness of creating wealth and managing your wealth.”

He said he was looking to invest in sukuk, given the long run that equities have had. He said his goal was to balance his faith with investment returns.

“Maybe these funds won’t always do as well, but I’ve been very happy with the returns,” Mr. Ahmed said. “It’s been very satisfying to adhere to my principals and feel like I’m not losing out. But being part of the Western finance system and being paid in dollars, you can’t live without some exposure to things that are objectionable.”

For investors with less wealth or a greater sensitivity to fees, several exchange-traded funds adhere to Islamic investment principles. Naushad Virji, chief executive of SP Funds and chairman of Sharia Portfolios, said the firm’s U.S. fund tracked the S&P 500 but did so with only about 200 stocks.

The firm has a sukuk E.T.F. and a real estate ETF, which was a challenge because real estate is usually tied to mortgages with interest payments. Mr. Virji said he had been able to find a mix of properties where the underlying loans were backed by rental income.

For Catholic investors, the six principles laid out by the conference of bishops requires more interpretation. There’s agreement on protecting the environment and promoting corporate responsibility, but there’s less consensus on investing in the so-called sin industries.

“We work with Catholic schools, hospitals and religious orders who are stricter about screening for gambling, tobacco and alcohol, even though the bishops don’t say anything about it,” said Jim Ryan, a financial adviser at Merrill Lynch, where he manages portfolios for Catholic institutions and individuals.

“Individuals are concerned they’re going to come across as too sanctimonious, or they want to do it and not even tell anyone,” he added. “They say: ‘I drink wine. I drink beer. Who am I kidding?’”

In both cases, Mr. Ryan said, he recommends that clients invest through separately managed accounts so they can follow their individual preferences.

“They should know that they can change their approach at any time, but they also can’t just throw money in mutual funds and forget about it,” he said.

Michael Wagner, a co-founder of Omnia Family Wealth, a wealth management firm, has volunteered with Jewish nonprofit organizations in the Miami area, where he lives. That experience, he said, prompted him to seek out investments for his clients that adhere to Jewish values of making the world better.

One is a new fund called J-Impact, which was created by J-Ventures, a technology venture capital fund that labels its approach a “capitalist kibbutz,” for the Hebrew word for a communal settlement. What’s different, Mr. Wagner said, is the communal style of decision making, which gives limited partners more of a voice in the investment decisions than usual.

“Being involved with the Jewish Federation has brought me great personal joy and satisfaction,” Mr. Wagner said. “I’m bringing that part of my personal life into portfolio management and feeling that we’re doing good in the world. Is it a uniquely Jewish view? I’m not sure it is. It’s a uniquely human thing.”