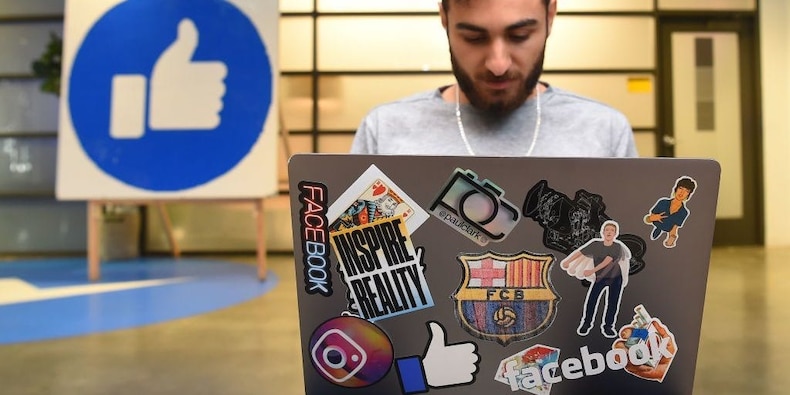 Analysts polled by FactSet expected revenue of $23.73 billion and earnings of $2.35 per share.

Facebook credited its revenue jump to the average price per ad, which shot up 30% year-on-year, and the number of ad impressions, which rose 12%. The company said it expects advertising revenue growth will continue to be primarily driven by price during the rest of 2021.

Monthly active users reached 2.85 billion in March, up 10% from last year. Total users within its family of apps – Facebook, Instagram, and WhatsApp – had monthly users of 3.45 billion.

"This is working: each month now sees over a million Facebook Shops active, more than 250 million visitors to Facebook Shops and over one billion users of Marketplace," he said. "The company plans to make its money from the advertising involved in shopping, rather than by charging the sellers transaction fees."

Facebook also said it expects increased "ad targeting headwinds" in 2021 from regulatory and platform changes, most notably including Apple's recent iOS 14.5 update. Apple's update is expected to begin having an impact on Facebook's ad targeting in the second quarter.

A leaked memo sent to advertisers on April 28 detailed the effects Apple's new privacy settings will have on ad campaigns.

"Facebook's hugely public war with Apple over app-tracking transparency (now being introduced with iOS 14.5) showed through in several barbed comments during the earnings call," Garner said.

It "needs to be super careful with its messaging here. The company has used its client base of smaller companies – and the way they cannot afford big advertising budgets – as its main argument in pushing back against Apple, to justify collecting people's data to enable personalized ads. At the same time its own prices have risen 30% for those companies," he said.