Hong Kong (CNN Business)Tesla says it has set up a new facility in China to store local user data as the company faces heightened scrutiny over whether its cars there could ever be used for spying.

The electric automaker said Tuesday that it had designated a new data center in mainland China, and would plan to “add more” in the country in the future. It follows a recent pledge to keep any data it collects from locally sold cars within China’s borders.
“Car data security is very important,” the automaker said in a post on Weibo, China’s Twitter-like platform. “Tesla will make every effort to … ensure data security.” 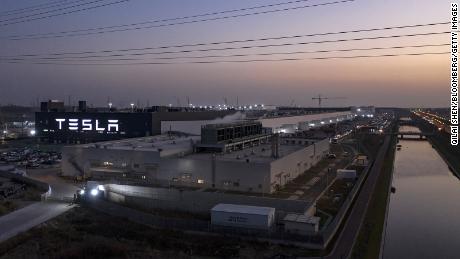 Earlier this year, the Chinese military banned Tesla vehicles from entering its complexes, expressing concerns over cameras equipped onboard, according to Reuters and Bloomberg.

The Wall Street Journal also reported in March that the government was restricting both “military staff and employees of key state-owned companies” from driving the US automaker’s cars, “citing concerns that data the cars gather could be a source of national security leaks.”

The outlets cited anonymous sources.
Last week, Reuters reported, citing anonymous sources, that staff at some Chinese government offices had been told not to park their Tesla cars inside state compounds because of security concerns. Asked about the issue, Zhao Lijian, a spokesperson for China’s Ministry of Foreign Affairs, said at a press briefing last week that he was “not aware of the situation.”
The ministry did not immediately respond to a request for comment on Wednesday about reported security concerns involving Tesla. 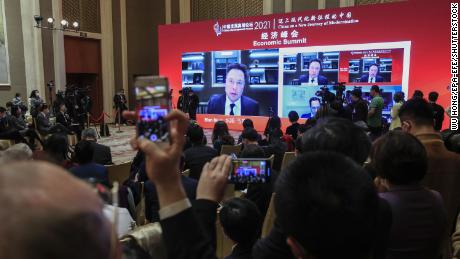 But CEO Elon Musk has sought to personally reassure officials in China over the last few months, appearing before the government and rolling out a charm offensive in local media.
“There’s a very strong incentive for us to be very confidential with any information,” the billionaire said in March at the China Development Forum, a conference organized by a unit of the government’s State Council. “If Tesla used cars to spy in China or anywhere, we will get shut down.”

Tesla has faced a rocky road lately in China, the world’s biggest car market.
In February, the company was summoned by regulators to discuss the quality of its vehicles made in Shanghai, where it has a sprawling Gigafactory that produces the Model 3 and the Model Y.
Authorities said they were concerned about several problems with the cars, including “abnormal acceleration” and “battery fires.”
The company has also faced criticism from consumers directly. In February, it was forced to apologize after a video showed one of its staff members in the Chinese city of Nanchang telling a customer that a potential overload of the state grid might have caused his electric vehicle to experience problems after charging. 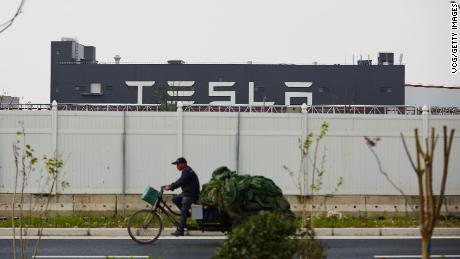 Some of those criticisms came to a head months later at the Shanghai Auto Show, where Tesla’s booth was briefly besieged by protesters complaining about problems with its cars.
The company swiftly came under fire from Chinese state media at the time. It later apologized to “car owners,” and vowed to “carry out strict self-examination and self-correction, while cooperating with the investigation of relevant government departments.”
Tesla has admitted the stakes are high.
In an interview published last month, Musk told state broadcaster China Central Television (CCTV) that he thought the country could ultimately become Tesla’s “biggest market.”

“I’m very confident about Tesla’s future in China,” he told the network. “The Chinese economy, I think, can do extremely well over the next decade and will become the biggest economy in the world.”
— Shanshan Wang contributed to this report.
Source: Read Full Article