The unlocking of the economy since June led to a significant recovery in various macro, micro and high-frequency data points, resulting in the equity markets surpassing their previous lifetime highs. 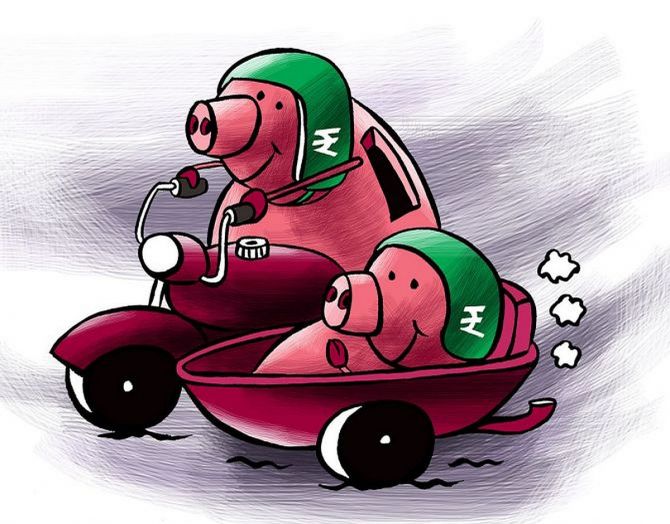 The majority of mid- and small-cap funds have outperformed their benchmark indices Nifty Midcap 150 and Nifty Smallcap 250 this calendar year.

Twenty-five of 46 such schemes, or 54 per cent, outperformed the benchmark indices.

The average category returns of mid-cap funds stood at 20.5 per cent, against 20.4 per cent delivered by the Nifty Midcap 150.

In the case of small-cap funds, the average category returns stood at 25.7 per cent, about 6.7 percentage points higher than the 19.02 per cent given by the Nifty Smallcap 250, the data from Morningstar India showed.

Only direct plans were considered.

Mid- and small-cap stocks fell sharply in March following the onset of the pandemic but rallied after June on hopes of a vaccine and a V-shaped recovery in the economy.

The unlocking of the economy since June led to a significant recovery in various macro, micro and high-frequency data points, resulting in the equity markets surpassing their previous lifetime highs, according to analysts.

The two categories also got a boost after the Sebi’s diktat directing multi-cap schemes to deploy at least 25 per cent each in large-, mid-, and small-caps.

Back then, such schemes managed Rs 1.47 trillion in assets.

Close to 75 per cent of these assets were invested in large-caps, about 17 per cent in mid-caps (firms ranking 101-250 by market capitalisation) and only 6 per cent in small-caps (those outside the top 250).

Early estimates suggested nearly Rs 26,000 crore would have to be deployed in small-cap stocks and close to Rs 10,500 crore in mid-cap stocks in a few months.

The Nifty is up 14 per cent since last year, while mid and small-caps are up 23 per cent and 21 per cent, respectively.

“Small- and mid-cap stocks are picking up steam and they should deliver solid returns in 2021 as economic uncertainties will reduce and volatility will decline.

“We believe volatility will decline significantly in 2021 which will lead to a small- and mid-cap rally,” said a multi-asset strategy note by Axis Securities.

“Average category returns of mid-cap funds (11.5 per cent) over a five-year period still lag its benchmark (12.4 per cent).

Small-cap funds, however, have done better with average category returns of 10.5 per cent, against 6 per cent given by the benchmark, Morn­i­ngstar India’s data showed.

Some experts are calling for caution while betting on mid- and small-cap funds.

“The valuations in case of mid- and small-caps have moved up and are now trading above their long-term average range.

“Given the valuations, we advise investors to avoid investing in small- and mid-cap stocks with a one-year time frame,” said Vinit Sambre, head-equities, DSP Mutual Fund, adding only investors with long-term capital of over five years should allocate to these funds.

“Mid- and small-cap funds have already rallied quite a bit and the days of easy returns may be behind us.

“Investors should adopt an asset allocation approach rather than trying to time the market in hopes of a runaway rally in mid- and small-cap stocks,” said Swarup Mohanty, CEO, Mirae Asset MF.