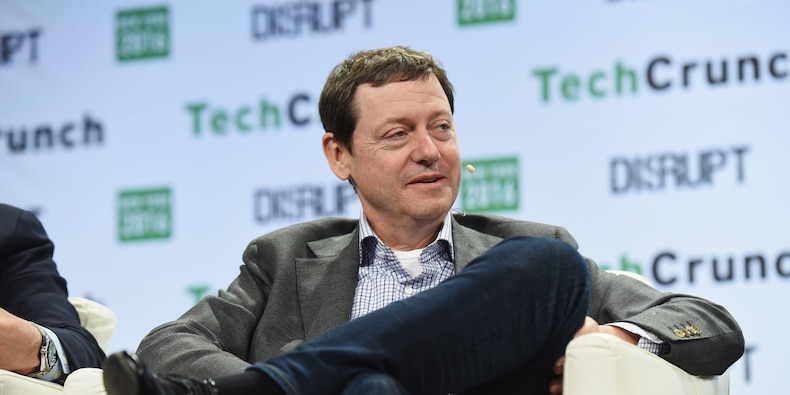 While Coinbase, the largest cryptocurrency exchange in the US, had a volatile first trading day when it listed on the Nasdaq in April, it boasted a valuation on a fully diluted basis of about $86 billion by the end of the day.

The direct listing opened at $381 per share before hitting an intraday high of $429.54, which was 13% above its opening price. The stock then reversed course and traded as low as $310.

By the end of the first day, the stake of Wilson's venture capital firm skyrocketed 10-fold to $4.6 billion – or 1,840 times its initial investment.

Also at the end of Coinbase's first trading day, Union Square Ventures sold 4.7 million shares for $1.8 billion, according to a securities filing first viewed by Bloomberg.

But Wilson wasn't always so optimistic on bitcoin's prospects. At a May 2013 conference, Wilson referred to the then-rising cryptocurrency as a "fantasy," as first reported by Bloomberg.

"It's straight out of a sci-fi novel, but sci-fi novels are the best things you can read if you want to invest," Wilson said. "It's a gut bet."

Shortly after, he invested in Coinbase and outlined his thoughts in a 2013 blog post. He expounded on why he believed in Coinbase as a company, including three important features: an online wallet, a merchant platform, and a service.

"We believe that bitcoin represents something fundamental and powerful, an open and distributed internet peer to peer protocol for transferring purchasing power," he said in the post.

Coinbase wasn't his first foray into the digital asset space. Wilson's New York-based firm has invested in more than 100 businesses and has exited 10 since the firm was founded in 2003, Bloomberg reported.

A blog post on his company website published in 2011 was one of the first signs that he was watching the space, Bloomberg first found.

Read more: An ex-hedge funder who managed Peter Thiel's money breaks down why passive investing has distorted the stock market – and shares the opportunity in a recent rule change for ETFs that could safeguard investors

Then in 2018, the investor penned another blog, this time cryptically discussing locking in profits just when bitcoin was gaining steam.

"I know that many crypto holders think that selling anything is a mistake. And it might be. Or it might not be. You just don't know," he said in the post. "One of the hardest things in managing a venture capital portfolio is managing your big winners."

Union Square Ventures is known for investing in early-stage companies focused on disrupting legacy industries. The venture capital firm was one of the first to jump on the rise of social media, with Wilson writing early checks to companies like Tumblr, Twitter, Etsy, and Zynga.