China’s newly commissioned nuclear-powered submarine is armed with the country’s most powerful submarine-launched ballistic missile (SLBM) capable of hitting the US mainland, according to a military source and analysts.

The Type 094A, or Jin-class nuclear-powered ballistic missile submarine (SSBN), was presented last Friday as part of the celebration to mark the 72nd anniversary of the PLA Navy. It was capable of firing the JL-3, or Julang (Big Wave) SLBM with a range over 10,000km (6,200 miles), a source close to the navy said.

“The Type 094A is an upgraded version of the Type 094 that overcame one of the key problems — noise — by improving hydrokinetic and turbulent systems, allowing it to carry the more powerful JL-3,” said the source, who requested anonymity because of the sensitivity of the subject.

“Before the upgrade, the submarine was armed with the inferior JL-2 that could only hit the northeast United States, but now it’s able to cover the whole American continent.”

According to Forbes, before entering striking distance of the continental United States, the Type 094A subs would have to slip past a cordon of US military bases in the Pacific dubbed the first island chain — exposing the subs to detection and attack by American P-8 anti-sub patrol planes, surface warships and other undersea reconnaissance capabilities.

Chinese submarines have been dogged by the problem of being too noisy and easy to detect but that has largely been remedied in recent years by Chinese naval engineer Rear Adm. Ma Weiming, who is now taking the lead in a cutting-edge propulsion technology, according to state media. 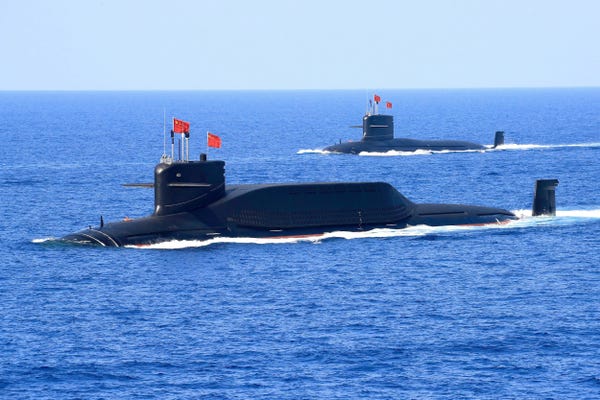 The JL-3 is able to deliver the same multiple warheads, including nuclear warheads like the JL-2 does, the source added without giving more detail.

Each JL-2 missile can be armed with either a single megaton-yield warhead 67 times more powerful than the Little Boy bomb dropped on Hiroshima — or three to eight smaller multiple independently targetable re-entry vehicles (MIRVs) that can each strike different targets, according to a Forbes report in May last year.

Macau-based military expert Antony Wong Tong said the news indicated that some technical breakthroughs had been achieved to make the JL-2 fit the silos of the Type 094A.

“The original design and size of the JL-3 should be adjusted, but those changes do not reduce its firepower and range — a significant breakthrough,” Wong said.

Former PLA instructor Song Zhongping did not say what type of SLBM the Type 094A was armed with but said it would boost China’s second-strike capability — its ability to retaliate after a nuclear strike.

“The new SLBM with MIRVs with a firing range over 10,000km is the basic technical requirement for an upgraded Type 094 SSBN to cause nuclear deterrence,” he said. “China promises not to use a nuke first but a powerful SSBN fleet will help the PLA strengthen their second-strike power against rivals.”

China has six Type 094 and Type 094A SSBNs and plans to build a further two to replace the Type 092 SSBNs, according to the source.

Sources said last year that the PLA planned to arm the Type 096 submarine with JL-3 missiles, a process that could take years to complete.

Each Type 094 submarine is able to carry 16 JL-3 missiles, but the upgraded Type 096 could carry 24 JL-3s, according to a Pentagon report on China’s military capabilities.

The Type 094A was one of the three new warships put into service on the same day. The others were the Type 075 amphibious helicopter assault ship and the Type 055 Renhai-class guided missile cruiser.