SOMETHING BORROWED: News is normally slow on a bank holiday weekend in the U.K., but Prime Minister Boris Johnson and Carrie Symonds certainly gave the British press something to buzz about when they married in a secret ceremony on Saturday, May 29, at London’s Westminster Cathedral.

The small, Catholic ceremony took place in COVID-19 style, with just a handful of guests, including the couple’s one-year-old son Wilfred, while the reception was held in the garden at 10 Downing Street, complete with a band and a fire pit.

The Johnsons live at No. 10 with Wilf, and were the first unmarried couple to occupy 10 Downing Street, the official home and office of the British prime minister. Earlier in May, the couple had sent out a save-the-date for their larger wedding reception, which will take place in July 2022.

A single wedding photo released by the newlyweds dominated the front pages of newspapers including The Times of London, The Telegraph, The Daily Mail and The Sun. The Mail on Sunday pointed out that Johnson was the first British prime minister to marry in office for nearly 200 years, since Lord Liverpool married Mary Chester in 1822.

The Sun revealed that Symonds’ flowing white dress with bell sleeves had been rented from the fashion platform MyWardrobeHQ. The tulle and silk dress, by Greek designer Christos Costarellos, costs 2,870 pounds to buy and 45 pounds per day to rent, according to the site. Symonds wore a crown of flowers instead of a veil.

Stores Reopen for Shoppers in LA and NYC 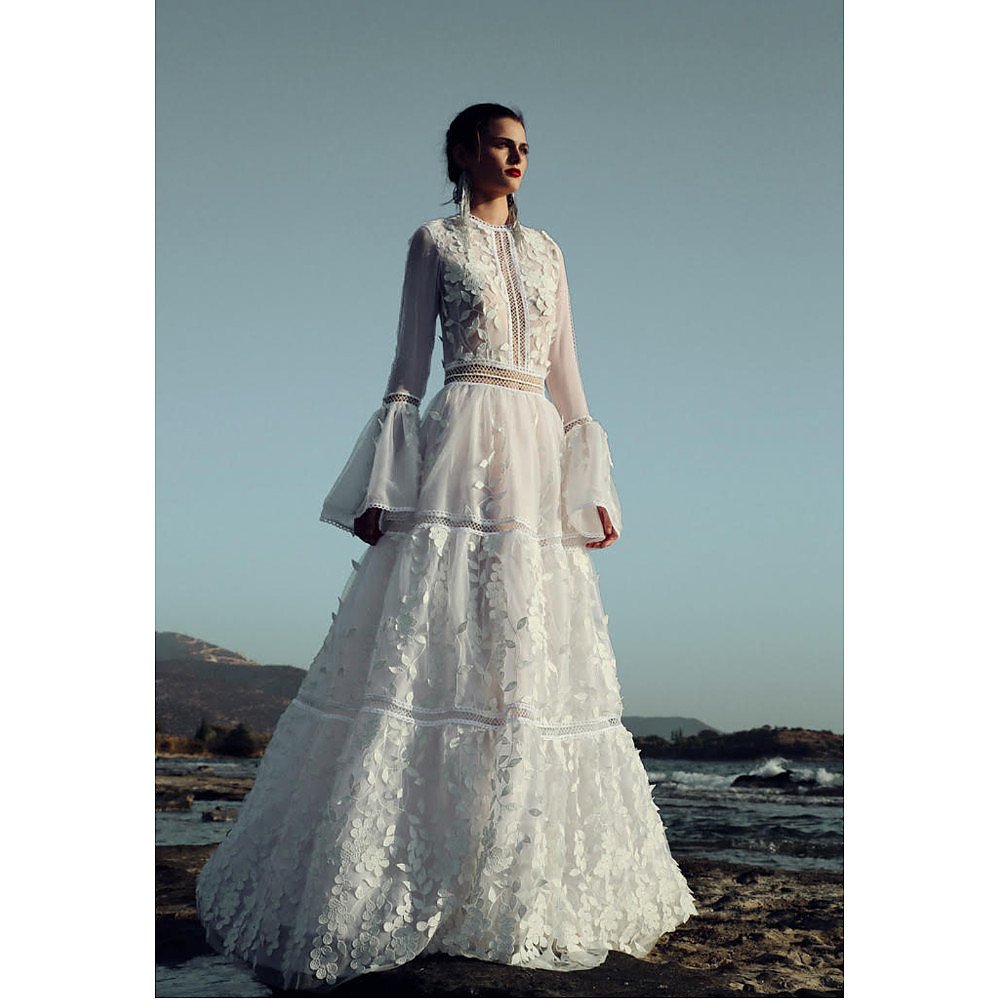 Carrie Symonds’ wedding dress, which rents for 45 pounds a day from the London platform MyWardrobeHQ.

The Athens-based Costarellos studied at Dimitrelis School of Fashion in Greece and then theater costume design at the London College of Fashion. He founded his brand in 1998, and specializes in bridal, but also has a rtw collection where he employs couture techniques. His wholesale accounts include Harrods, Net-a-porter and Moda Operandi.

According to his website, Costarellos is inspired by “the spirit of ancient Greek philosophy,” which might explain Symonds’ choice for the big day. The prime minister studied classics at Oxford and is quick to quote verses of “The Iliad” and spout speeches by his hero, Pericles.

The fact that the dress was rented, and part of the circular economy, isn’t surprising, considering the bride’s professional credentials.

Symonds is head of communications for the animal rights charity The Aspinall Foundation, and her previous job was with the ocean conservation NGO Oceana, where she specifically looked after plastic pollution.