Boeing has revealed it is “disappointed” after a US judge granted shareholders a lawsuit over the two fatal 737 MAX crashes that led to the fleet being grounded globally for almost two years.

Vice Chancellor Morgan Zurn, sitting in the Court of Chancery, ruled the directors could face claims related to the oversight of the plane’s development, saying the board “publicly lied about if and how it monitored the 737 MAX’s safety”.

The Delaware judge also said in a summary of the investors’ case that chief executive Dave Calhoun – lead Boeing director at the time – had given “false” statements in the aftermath of the tragedies.

The case represents a new setback for Boeing as it looks to build confidence in the more fuel-efficient planes and recover from the dual-hit of the COVID-19 crisis slump in aviation. All versions of the 737 MAX were grounded worldwide in March 2019 – days after an Ethiopian Airlines plane came down outside Addis Ababa, and five months after a Lion Air flight suffered the same fate off Indonesia.

The MAX fleet was only cleared to fly again in November last year following rigorous testing of new flight control systems and other adjustments.

The MAX planes have been championed by Ryanair as “gamechanger” aircraft. It is taking delivery of more than 200 but recently pulled out of talks with Boeing for more following disagreements over price.

The judge said on Tuesday that the first crash was a “red flag” about a key flight control safety system, known as MCAS, “that the board should have heeded but instead ignored”.

Boeing responded that it was “disappointed in the court’s decision to allow the plaintiffs’ case to proceed past this preliminary stage of litigation.

“We will review the opinion closely over the coming days as we consider next steps.” 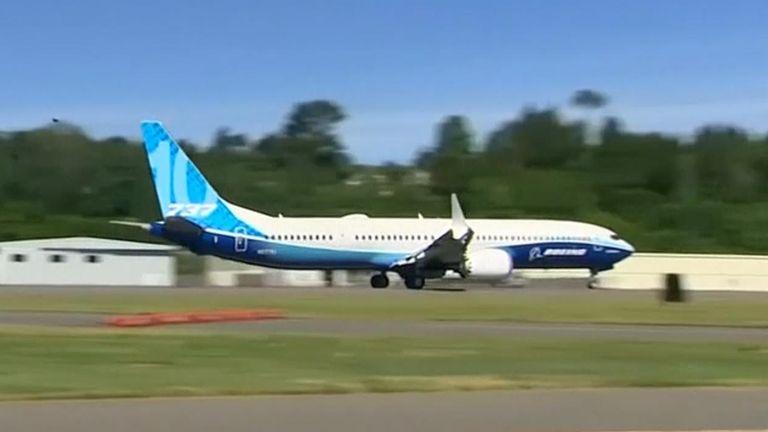 The sum includes a deferred prosecution agreement and settlement worth more than $2.5bn agreed with the US Justice Department, compensation to relatives of the dead and airlines who were using the planes when grounded or had orders pending.

Experts said they would not expect the lawsuit to reach the trial stage and would also likely result in some kind of settlement.

Brian Quinn, a professor at Boston College Law School, told the Reuters news agency: “Right now everything is lining up where the board of directors are telling their attorneys I don’t want to go to trial.

“You need to pay them whatever it costs and I cannot as a director admit liability,” he said adding that the directors’ insurance would likely pay any award.

Tags: Board, boeing, Face, Investor, to