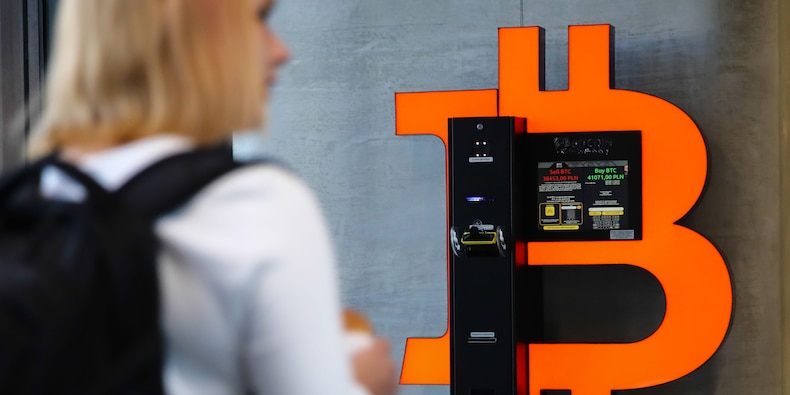 Analysts said a number of factors appear to have caused the sharp fall, including Joe Biden’s reported tax hike proposals and natural caution after a rapid rally.

They also said it is crucial that bitcoin find some support soon, or it could slide even further. However, many were confident that investors would be tempted to “buy the dip.”

Here’s what 9 experts said about bitcoin on Friday.

“The plunge came after Biden unveiled a raft of proposed tax reforms yesterday – including a plan to nearly double capital gains tax to 39.6% for people earners above a $1 million threshold.

“There is also likely some interplay with the broader stagnation across equities, which could be driving down risk-on assets,” Matt Blom, global head of sales trading at exchange Diginex, said.

“It is clear that bitcoin is more sensitive to capital gains tax threats than most asset classes. The threat of regulation, either directly in developed markets, or indirectly via the taxman, has always been crypto’s Achilles’s heel, in my opinion,” Jeffrey Halley, senior market analyst at currency firm Oanda, said.

“[The] news that someone in Turkey took off with the keys to their cryptocurrency exchange, leaving 390,000 users unable to access their coins and hundreds of millions of dollars missing, was another blow to the industry.

“Perhaps some people are now thinking that this is the high-water mark for cryptocurrencies and they should take their profits while they can still access their coins,” Marshall Gittler, head of investment research at BDSwiss, said.

“We are currently seeing a significantly over-leveraged retail market so when there is bearish newsflow like Biden’s proposed capital gains tax increase, we tend to see additional sell-offs which accelerate the price decrease.

“When the bitcoin mining rates recently decreased 50% and the price dropped to around $55k and $57k, the market was thrown off-guard and over $10 billion in positions were liquidated,” Janis Legler, chief product officer and head of research at fintech Mode, said.

“Estimated leverage ratios from all exchanges are very high… which opens the possibility for a cascading liquidation run towards which could lead to even further price dips if long term buyers don’t support the market here,” Anton Chashchin, managing partner at CEX.IO Prime Trading, said.

“Bitcoin is having a bit of a moment, but let’s put it into perspective. We’ve seen big gains this year and we were always due a pullback. It’s not only bitcoin that has fallen back, it’s the whole crypto space,” Michael Hewson, chief market analyst at trading platform CMC Markets, said.

Bitcoin could have further to fall, charts suggest

“[According] to the charts, the downside breakout of bitcoin through $56,000 has a target of $42,000. That might come this weekend, or next week or perhaps not at all… In the meantime, don’t hate me for being bearish bitcoin in the near term. I’m just following the charts,” Halley said.

“We have found that bitcoin has exhibited a decline averaging 40% at least once every year before recovering to new highs.

“Therefore, should this latest decline follow true to form then we wouldn’t be surprised to see bitcoin drop to around $39,000 USD before then recovering and reaching new all-time highs,” Gavin Smith, CEO at crypto fintech Panxora Group, said.

“If we see a fall back below $45,000 then we could see a larger move, but overall this feels like a kneejerk reaction to talk of new tax proposals by the Biden administration,” Hewson said.

Yet many investors could be tempted to buy the dip

“Although the market appears to be bearish today, we are still fairly positive on bitcoin’s future outlook in the coming months. Despite that, we remain cautious as we continue to monitor macroeconomic climate, especially the Fed’s stance against the inflation rate.

“There is a lot of speculation, and there isn’t really a good way to predict the future price,” Bobby Ong, co-founder of CoinGecko, said.

“There could be further short-term drops in price from here, but the fundamentals are still looking incredibly strong for bitcoin.

“We are seeing a significant shortage of bitcoin supply and new institutional long-term holders piling in… We still see strong demand for bitcoin at these levels, with a lot of Mode customers ‘buying the dip’,” Legler said.

“The total number of wallets held by whales (i.e. over 1,000 BTC) has grown since the beginning of last week’s sell-off, showing those with the firepower will likely be quite happy to accumulate Bitcoin at a sub $50,000 handle.

“I anticipate that retail investors will likely follow suit and soon too begin to start buying into the dip until bitcoin finds support at circa $55,000,” Blom said.