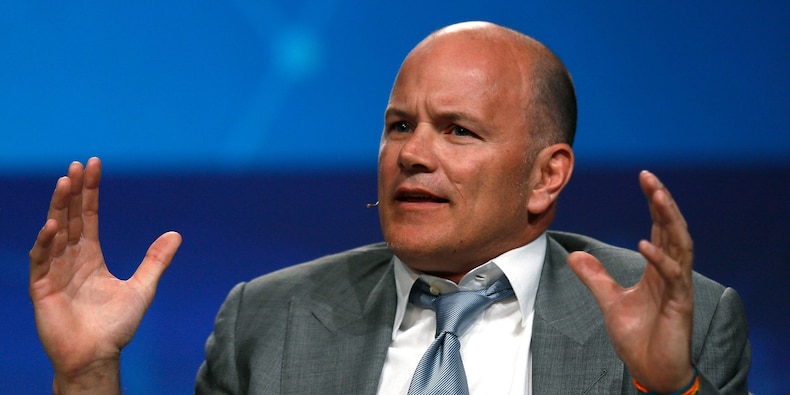 Crypto superstar Mike Novogratz has said he was too negative about dogecoin in the wake of the meme token’s blistering rally.

The billionaire CEO of crypto investment firm Galaxy Digital had long dismissed dogecoin as merely a joke. He criticized Mark Cuban for selling Dallas Mavericks tickets and merchandise in DOGE and last week told people not to buy it.

But on Monday evening he tweeted: “I had been too bearish. Glad I’m not short.”

Novogratz also shared a report by Galaxy Digital’s research arm that said dogecoin “has remarkably strong fundamentals and powerful forces supporting its rise.” It added: “DOGE should not be ignored.”

The report follows a breakneck rally in dogecoin, a cryptocurrency that was created as a joke in 2013. Dogecoin was up 35% on Wednesday to $0.64552, according to CoinGecko, after touching a record high of $0.68602.

It smashed through the $0.50 barrier on Tuesday after exchanges eToro and Gemini on Tuesday said they would launch dogecoin trading.

Novogratz’s Galaxy Research concluded in its report that dogecoin remains deficient to bitcoin – the world’s biggest cryptocurrency – in many ways.

“The network’s immaturity is revealed in qualitative factors like a lack of infrastructure and development,” it said, adding that dogecoin’s unlimited supply and lack of use cases dented its appeal.

But it also argued dogecoin is an admirable project that is capable of rallying significant support.

Dogecoin’s appeal lies in the fact that it is a joke “mocking a frothy market with its playful indifference,” the report said.

“In our view, current dogecoin volatility is fueled by mania, but it is likely that dogecoin will continue to be part of this cryptocurrency story over the long run, always in bitcoin’s shadow, but always lurking and periodically outperforming to surprise us all.

“Dogecoin’s longevity is ensured so long as one truism remains: people love a good joke.”

However, many analysts have warned dogecoin and other so-called altcoins remain speculative and highly risky investments.