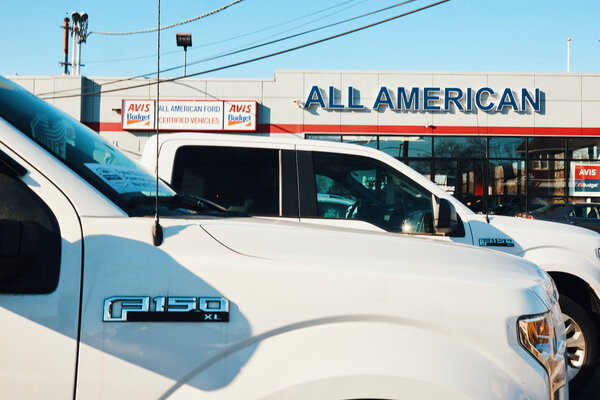 In the first months of 2021, what was good for the auto industry was decidedly good for the American economy.

Spending on motor vehicles and parts rose almost 13 percent in the first quarter, making a big contribution to the increase in gross domestic product, the Commerce Department reported Thursday. Strong sales of new and used vehicles were propelled by consumers who had delayed purchases earlier in the pandemic and by others who — because of the virus — wanted to rely less on public transit or shared transportation services like Uber.

In fact, demand in the first quarter was robust enough that the auto industry was able to post healthy results despite a shortage of computer chips that forced temporary shutdowns of many auto plants.

The number of new cars and light trucks sold increased 11 percent from the comparable period a year earlier, to 3.9 million, according to the auto-sales data provider Edmunds.com.

On Wednesday, Ford Motor reported it made a $3.3 billion profit in the quarter, its highest total since 2011. While it produced 200,000 fewer vehicles in the quarter than it had planned, the average selling price of Ford models rose to $47,858, 8 percent higher than in the first quarter a year ago, Edmunds reported.

The combination of strong consumer demand and tight inventories — partly a result of the chip shortage — has produced something of a dream scenario for auto retailers. At AutoNation, the country’s largest chain of dealerships, many vehicles are being sold near or at sticker price even before they arrive from the factory.

“I’ve never seen so much preselling of shipments,” said Mike Jackson, the chief executive. “These vehicles are coming in and going right out.”

In the first quarter, AutoNation’s revenue jumped 27 percent, to $5.9 billion, and the company reported $239 million in profit. That was a turnaround from a loss a year ago, when the pandemic crimped sales and forced AutoNation to close stores.