It’s been a rough few months for the American milk industry.

Dean Foods, the country’s largest milk processor, filed for bankruptcy in November. Borden, another major processor, followed in its footsteps in January.
Cow milk sales have been falling steadily for years. And its volatile prices — which are determined by an archaic system — squeeze dairy farmers and processors with each swing. The pressures have made it difficult for milk producers and buyers to compete with vertically integrated retailers, such as Kroger, which process milk themselves.
Meanwhile, the alternative milk sector is growing quickly. Retail sales of oat milk alone have shot up over 600% over a 12-month period ending in November, and major coffee chains, including Starbucks and Dunkin’, are adding oat milk lattes to their menus. Although those sales pale in comparison to sales of traditional milk, they complicate an industry that has already been upended.
Taken together, it may seem like the milk business is collapsing. But that’s not the case, argued Marin Bozic, an assistant professor in University of Minnesota’s applied economics department.

Milk isn’t dying. It’s evolving.
“It is painful,” he said, adding that “some business models will be no longer sustainable.” But ultimately, he said, this period will lead to a healthier system that responds better to changing consumer needs.
There are bright spots in the sector. American consumers may have cooled on traditional milk, but lactose-free and grass-feld milk sales are increasing. And Coca-Cola’s recent acquisition of a young, innovative dairy brand suggests opportunities for growth remain. 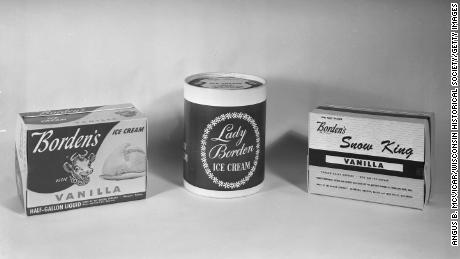 The government has been regulating milk prices since the 1930s.
Today, most processors have to pay a set minimum price for fluid milk. That price is set based on a number of factors, including the prices of butter, cheese, nonfat dry milk and dry whey.
Different prices are set for milk when it is used as an ingredient in ice cream, yogurt, cheese, butter and other dairy products, rather than sold directly to consumers like fluid milk.
“There’s an old adage in the dairy industry that only five people in the world know how milk is priced in the US, and four of them are dead,” said John Newton, chief economist for the Farm Bureau, a lobbying group. “Milk pricing is very, very complex.”

There's an old adage in the dairy industry that only five people in the world know how milk is priced in the US, and four of them are dead."

Minimum milk prices are set by the government because of the unique constraints of the dairy sector, Bozic explained. Milk is perishable, so producers can’t strategically stock up their product as consumer demands shift. And cheese, a more shelf-stable product, changes as it ages. A floor on pricing helps incentivize farmers to stay in an unpredictable business and offers a lifeline when needed.
Some farmers weren’t able to weather the recent cycle of low milk prices, which dragged on for longer than usual because of a global milk glut and the trade war, among other things.
The system is “worth re-examining,” said Tony Sarsam, Borden’s CEO. The many regulations “exacerbate … the peaks and the valleys because there’s so many different interventions.” Borden pointed to the recent increase in milk prices as one of the reasons for its decision to file for bankruptcy.
Because of the pricing scheme, fluid milk’s retail price tag doesn’t respond to consumer demand for milk. Instead, it’s more closely pegged to consumer demand for dairy products like cheese and butter, among other factors. So when milk processors like Borden or Dean “have to pay the same price for milk …. no matter what the demand is, no matter what the supply is — I think that’s disorderly. I think that’s inefficient,” said Newton.
Inefficient or not, the pricing conventions started well before milk processors started buckling. If demand remained consistent, the system would work better. 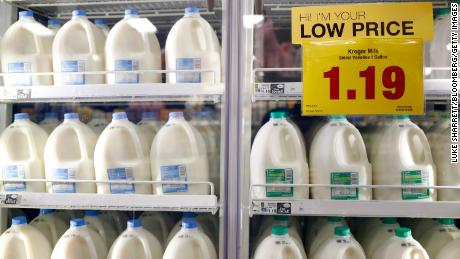 Increasingly, retailers like Albertsons, Kroger and Walmart are processing their own milk.
Kroger operates 17 dairies. Albertsons had seven milk plants as of February 2019. And Walmart opened a milk-processing plant in Fort Wayne, Indiana in 2018.
For Dean Foods, Walmart’s move was devastating, even though the plant serves just a fraction of all Walmart stores. Dean said it missed out on the sale of 55 million gallons of milk in the second half of 2018 because of the lost Walmart business.
Even though milk consumption has decreased, most Americans still like to have milk in the fridge. For grocery stores, that means that milk is a good investment — even if higher input costs mean thin margins or losses, argues Sarsam.
If grocery stores advertise good deals on milk, they can bring consumers into stores. So while raw milk prices fluctuate and send shocks through the dairy industry, milk prices have remained pretty steady on retail shelves. In November 2019, a gallon of fresh, whole fortified milk cost $3.19 on average. That’s up 35 cents from the July 2018 average of $2.84 — the lowest price in over a decade.
Processors, on the other hand, are hurt by low-margin products. Borden cited competition from grocery stores with their own dairy plants in its bankruptcy filing.
The milk processor, however, still sees a rosy future ahead.
Borden plans to continue business as usual during the bankruptcy proceedings. Sarsam notes that despite the difficult competitive environment, Borden has found success with its innovative products, including its lactose-free milk and “kid builder” line, which has less sugar than typical flavored milks and more protein than regular milk. The main reason Borden filed for bankruptcy, Sarsam said, is that a hefty 2017 investment from a private equity firm saddled the company with too much debt.
“There’s a point of view out there that says, ‘Hey with all that’s going on in the industry, the glass is half empty.’ We look at it and say, ‘God, the glass is half full.’ We see all kinds of growth areas.”

The future of milk 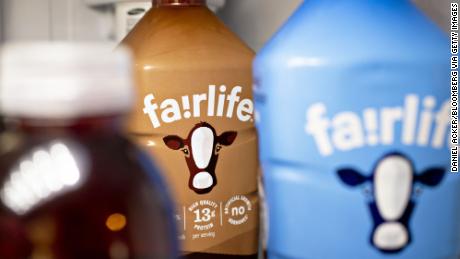 There’s no question that interest in dairy alternatives has soared. During that November to November period, sales of oat milk ballooned 662%, and sales of the more established almond milk grew about 6%, according to Nielsen.
But there’s a lot more money in dairy milk.
Oat milk sales amounted to about $60 million for the year, and plant-based milks overall brought in about $1.9 billion, according to the Nielsen data. Cow’s milk sales for the same period were about $12 billion.
A close look at sales data shows that while overall milk sales are declining, sales of certain types of dairy milk are growing.
US sales of flavored whole milk, for example, jumped 8.9% in the first ten months of last year, according to the USDA. During that period, sales of organic whole milk ticked up 4.4%.
Nielsen data shows that sales of lactose reduced or lactose free milk grew 11% between November 2018 and November 2019. Grass-fed milk sales grew about 51% in that period.

That specialty milk niche is attractive to Coca-Cola (KO).
In 2012, Coca-Cola launched Fairlife, a specialty dairy brand, with a partner. On January 3, Coca-Cola announced that it is acquiring the dairy company outright.
Fairlife sells lactose-free milk, which has less sugar and more protein than regular milk. It also sells an Omega-3 fortified version of the product, along with a chocolate variety, protein shakes, “drinkable snacks” and meal replacement beverages.
In a statement announcing the acquisition, Coca-Cola said that “value-added dairy products have been growing steadily in the United States.”
Beverages like lactose-free, nutrient enriched milk can help Coca-Cola achieve its goal of being a total beverage company. They also align with the functional beverage trend, which includes drinks that offer a boost of caffeine, jolt of energy or health benefits.
“From Coke’s perspective, they see milk as a powerful nutrition source,” said Paul Ziemnisky, executive vice president of global innovation for Dairy Management Inc., a trade group.
While grocery stores charge low prices for traditional milk, companies like Fairlife price their product at a premium. A 52-ounce package of Fairlife’s ultra-filtered milk goes for $3.99, making the product more than twice as expensive as regular milk, even when milk prices are high. Other Fairlife products are even pricier.
Ziemnisky pointed to Slate, which makes lactose-free chocolate milk, as another promising startup. Slate products, which are sold in aluminum cans, have much less sugar than regular chocolate milk, and more protein. Live Real Farms, which is owned by dairy farmers, has started selling lactose-free dairy and almond milk blends and bottled smoothies made with whole milk.