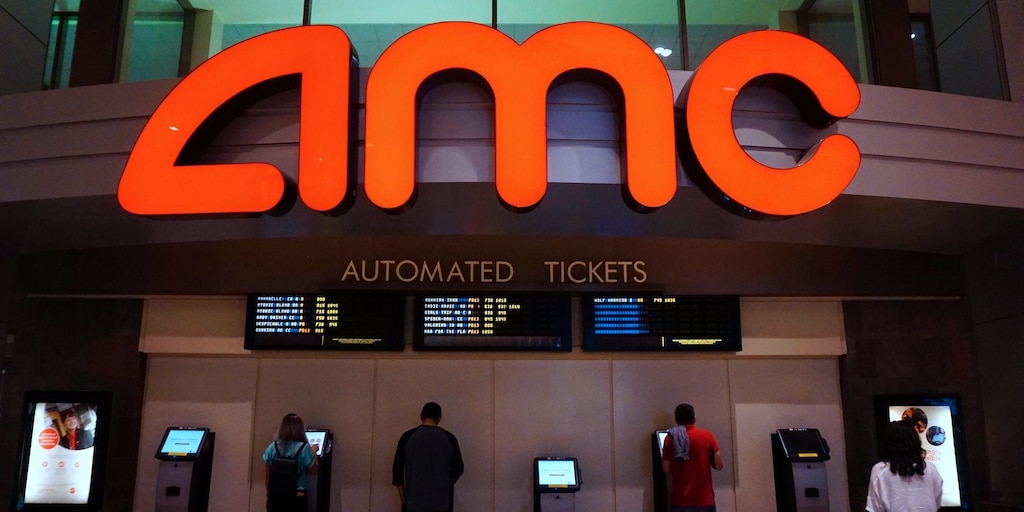 AMC shares surged as much as 24% on Thursday after the theater chain announced it would reopen some theaters on August 20.

More than 100 locations are scheduled to reopen next week alongside rivals Cinemark and Regal, the company said in a press release. In celebration of the resumed showings, AMC is lowering some ticket prices to 15 cents — the same as they were when the country’s biggest movie theater chain was founded in 1920.

Movies set to be shown at the discounted rate include “Back to the Future,” “Grease,” “Black Panther,” “The Empire Strikes Back,” and “Sonic the Hedgehog.” Several movies and concessions will be discounted to $5 each after August 20.

Read more: Bank of America shares a simple stock-trading strategy with a track record of repeatedly beating the market — including the 20 companies that best exploit it now

AMC hopes to have more than 600 of its US locations open by the time Christopher Nolan’s “Tenet” releases on September 3. However, rising case counts could delay reopenings and even reinstate some lockdown measures.

The company initially aimed to reopen in June but delays to big-budget releases and a resurgence in COVID cases halted the plans.

The theater chain’s shares still sit roughly 23% lower year-to-date after tanking through late February and March on initial virus concerns. AMC warned in June that the pandemic could drag the company into bankruptcy, but a July debt deal ensured it can remain solvent through 2021.

Reopening won’t resolve all of AMC’s problems. The firm still holds billions of dollars in debt, and Americans may still avoid theaters if they believe them to be unsafe.

The theater industry as a whole will also need to contend with a shift in how movies are being delivered to consumers. Disney elected last week to release its “Mulan” remake on its Disney Plus streaming service instead of in theaters. Should such releases become more mainstream, theaters could face a significant drop-off in traffic.

Stocks will soar 14% by the end of next year on unyielding optimism, long-standing bull Ed Yardeni says 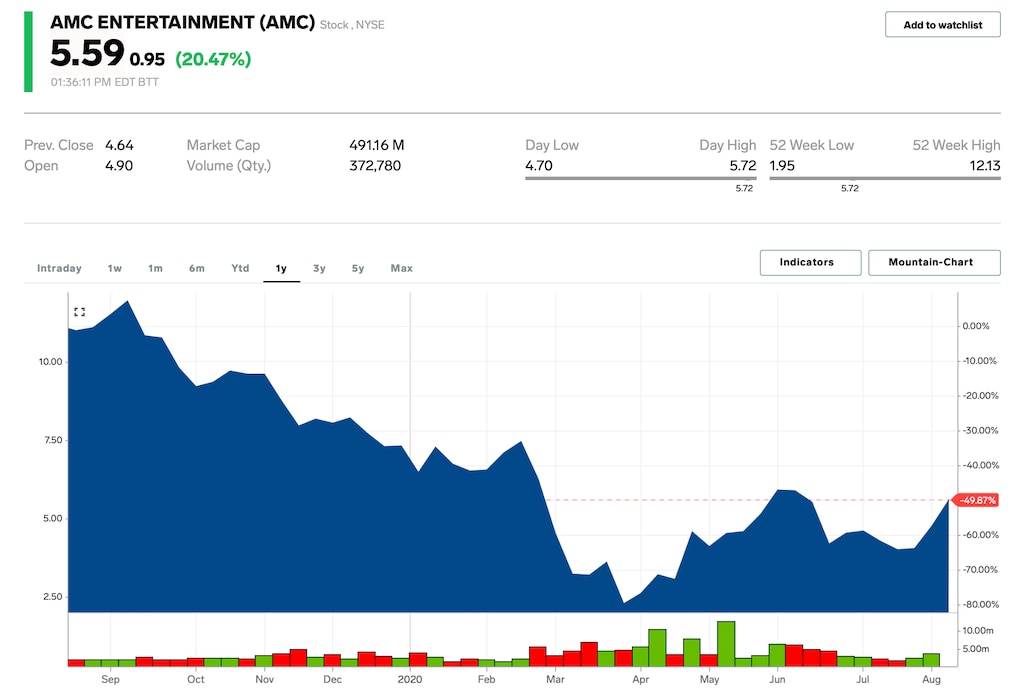