The growing urgency to address climate change and concerns about the financial performance of Exxon Mobil aligned this week to help activist investors place two directors on the company’s board.

But it is not clear if the activists can deliver on their dual goals — reducing the emissions that are warming the planet and lifting the profits and stock price of Exxon. The potential tensions between those objectives could doom the investor effort to transform the company and the oil industry.

Getting Exxon, a behemoth company with $265 billion in revenue in 2019 and oil and gas fields around the world, to switch to cleaner energy will be a yearslong and difficult process. It is unlikely to produce quick returns and could sap profits for a while as the company spends a small fortune to retool itself.

And the biggest investment firms, which lent critical support to the activists and control a lot of Exxon’s stock, may be too timid to keep the pressure on company executives and board members who are determined to resist big changes.

The manifesto put together by Engine No. 1, the hedge fund with a tiny stake in Exxon that led the dissident effort, is not particularly extreme. Nor does it contain a lot of details. The two people who won seats on the board declined interview requests, citing their new roles.

“Two votes on a board of a dozen directors doesn’t win the day,” said Dan Becker, director of the Center for Biological Diversity’s Safe Climate Transport Campaign. Still, he argued that it was “enough to bring a message” to the rest of the board. “Will it change everything? Probably not quickly.”

Engine No. 1’s victory, which was not expected and came in the face of fierce opposition from management, has delivered a jarring reminder of the perils of doing too little to change — and veteran oil executives say it will encourage activists to push for change at other companies like Chevron, the second-largest U.S. oil company after Exxon.

“This is an example of the domino theory,” said Jorge Piñon, a former senior executive at Amoco and BP who is now at the University of Texas at Austin. “One piece has fallen and you will see others follow. Exxon and Chevron are going to face quite a bit of pressure that in my opinion they are not going to be able to withstand and they will have to give in to new demands.”

With governments around the world making ambitious commitments to cut emissions, including offering incentives for electric vehicles, and requiring utilities to shut down power plants powered by fossil fuels, the demand for Exxon’s main products could decline, depressing profits. Investors say Exxon and Chevron have been too slow to adapt to that shift compared with European oil companies like BP and Royal Dutch Shell.

“If you want to be a public company in a carbon-intensive industry you are going to have to convince investors that you still have a viable business in a low-carbon future,” said Mark Viviano, a managing partner at Kimmeridge, an energy-focused private equity firm.

Exxon management says it realizes it must prepare for a lower-carbon future, and has supported the goals of the Paris climate agreement. But the company gave up on solar energy decades ago, and today its efforts to remake itself for an energy transition rely on some moonshot ideas that may not work out.

It is a global leader in capturing carbon from industry and storing it below ground, and in recent weeks it has proposed an enormous $100 billion carbon capture and storage project along the Houston Ship Channel that could be a model for the world. But for the plan to be economically viable, the federal government would have to impose a carbon tax or another kind of price on carbon, a tough sell in Washington these days.

Exxon has also worked for years to make advanced biofuels from algae, a project that other companies have abandoned. And it continues to bet heavily on exploration for oil and gas at a time when demand for such products may be peaking.

Shareholders voted to retain Darren Woods as chief executive and chairman, a move that a Morgan Stanley research report viewed as an endorsement of his strategy to spend less on capital projects, reduce costs and continue to pay a generous dividend.

“I’m not sure Exxon is going to change how they are going to deal with the energy transition,” said Mark Boling, a former executive vice president at Southwestern Energy, a Texas oil and gas company. “I think they have made a decision on how they are going to go and a few new board members are not going to make a difference.”

Engine No. 1 managers are not saying much about their plans.

“We’ve redefined what’s possible,” Chris James, founder of Engine No. 1, said in an interview after the vote. “Our overall goal is really greater transparency, which brings accountability, transparency on the impacts of what the business does as well as accountability on how to manage those impacts.”

The two Engine No. 1 nominees who won election so far, Gregory Goff and Kaisa Hietala, have deep experience in the energy industry. Mr. Goff was chief executive of Andeavor, a refining and marketing company, while Ms. Hietala was executive vice president at Neste, a Finnish refiner and pioneer in biofuels.

Engine No. 1 managers come across as cautious and modest in interviews. They don’t make brash pronouncements or hurl insults at Exxon as many climate activists often do.

“There is no one big change,” said Charlie Penner, Engine No. 1’s head of active engagement. “Nothing is going to happen quickly.” 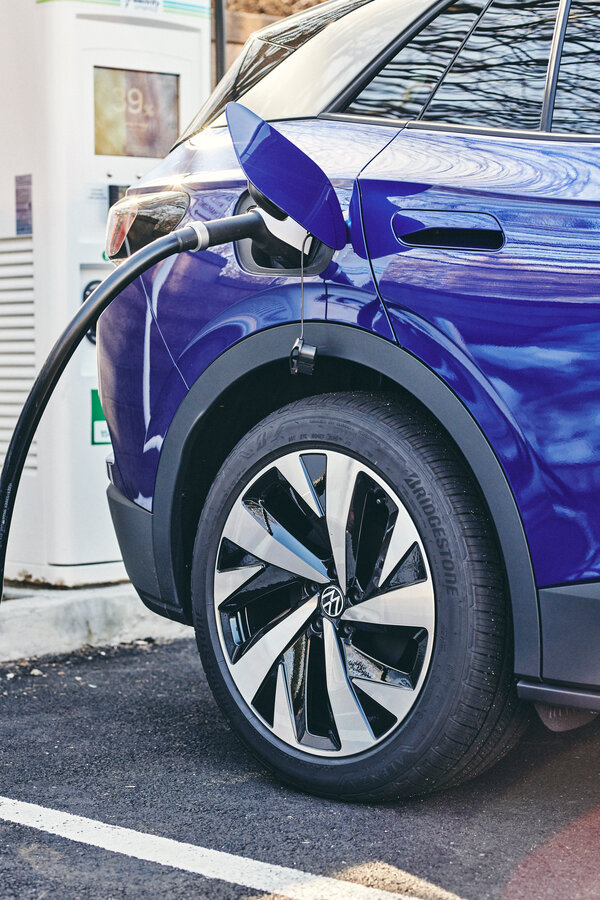 The votes of giant asset management firms with big stakes in Exxon were critical in securing victory for Engine No. 1’s nominees. But it’s not clear how hard asset managers that voted for the hedge fund’s candidates like BlackRock, Exxon’s second-biggest shareholder, and Vanguard, its largest, will now push for climate-focused objectives.

Laurence D. Fink, BlackRock’s chief executive, has said in recent years that he sees climate change as a big threat — and his firm has often used its enormous voting power to influence companies, and frequently targeted directors.

In explaining its Exxon votes, BlackRock said Wednesday that the company had not done enough to assess the impact of a reduction in demand for fossil fuels, and contended this had “the potential to undermine the company’s long-term financial sustainability.”

These big investors place a lot of faith in companies and the profit motive to make changes that can cost trillions of dollars. This year, Mr. Fink wrote that he had “great optimism about the future of capitalism and the future health of the economy — not in spite of the energy transition, but because of it.”

But investors have not always rewarded companies that have announced ambitious plans to reduce emissions and move toward cleaner energy.

Over the last five years, Exxon’s shares have fallen by about a third — a period over which the S&P 500 stock index was up about 100 percent. Its stock has done worse than the shares of other large oil companies. Yet, the shares of BP and Shell, two European companies that are investing a lot in cleaner sources of energy, are also lower — BP is down more than 17 percent over five years and Shell is down more than 26 percent.

And despite their efforts, energy companies as a whole have not reduced emissions by nearly enough to stop temperatures rising above levels that scientists believe are dangerous for the planet, and many experts are calling for more far-reaching changes. The International Energy Agency said last week that countries needed to stop approving new oil and gas fields immediately for the world to reach net zero carbon emissions by 2050.

Roberta Giordano, finance program campaigner for the Sunrise Project, an environmental group, said BlackRock, Vanguard and other asset managers needed to go much further, starting with the removal of Mr. Woods as Exxon’s chief executive.

“Once again this shareholder season, BlackRock has failed to fully use its massive voting power on climate,” she said.

But more optimistic analysts argue that Exxon could help the world reduce emissions and make money doing it. For example, the company’s experience with offshore oil drilling could be used to build offshore wind farms, said Geoffrey Heal, a professor at Columbia Business School. And Exxon could spend more on technology that removes carbon from the atmosphere and help make it affordable.