Even as Bitcoin attempts to gain a footing in the now downsized market owing to massive dumping witnessed in May following China’s ban on crypto-related activities, the PBOC seems not to be backing down on its move against Bitcoin miners and traders but instead, seems to have intensified its crackdown.

In the report, they stated to have closed in on Beijing’s software firm, Tongdao Cultural Development Co. Ltd. and shut it down over suspicion that the company was providing software services for virtual currency transactions.

This warning comes in the wake of a series of other warnings meted upon Chinese nationals as well as non-nationals from getting involved in dealing in virtual currencies in most China states.

These warnings have had a toll on the price of Bitcoin as well as other cryptocurrencies since PBOC announce a ban in May and started cracking down on miners and traders in China.

Following this announcement, for the better part of the day, Bitcoin remained unwavering although witnessing a 4% drop from $35,055 to $33,530 after the news started spreading on Twitter. 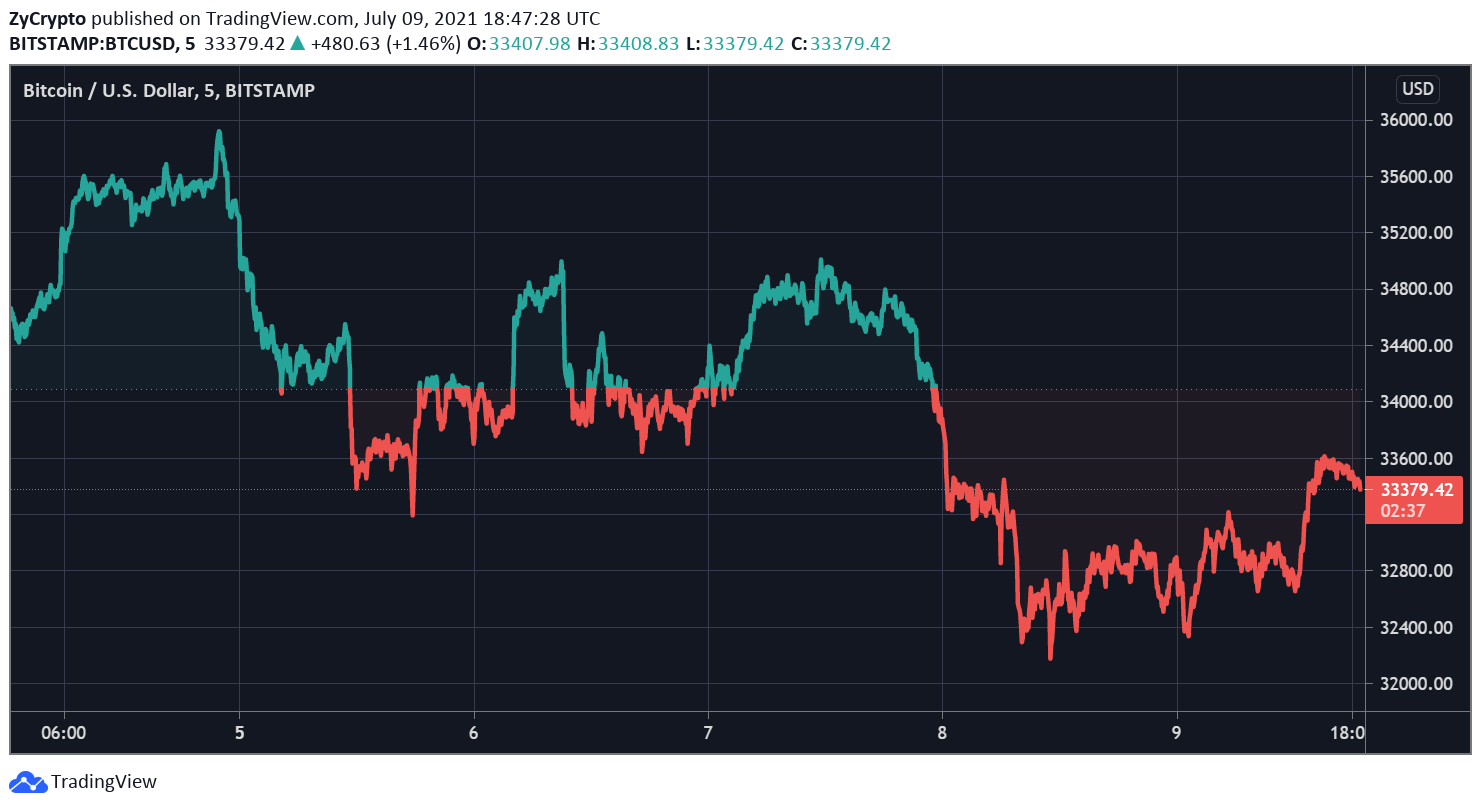 However, according to market data, it appears that China’s negative news and bans on crypto are losing control on the price of Bitcoin as price changes go almost unnoticed when China sends a new warning.

Amid China’s ban, U.S.A has witnessed an increasing number of Lawmakers calling for the adoption of Bitcoin as a solution to perennial problems that are hindering the USA from realizing its full potential in renewable energy.