Bitcoin, the world’s largest cryptocurrency, has been all the rage lately after the past two weeks saw BTC breach one resistance level after another. In what is more good news for many of the cryptocurrency’s proponents, according to data from Messari, Bitcoin is 2020’s best-performing institutional asset, returning 318% YTD, whereas Gold returned 28% and equities returned only 15%. 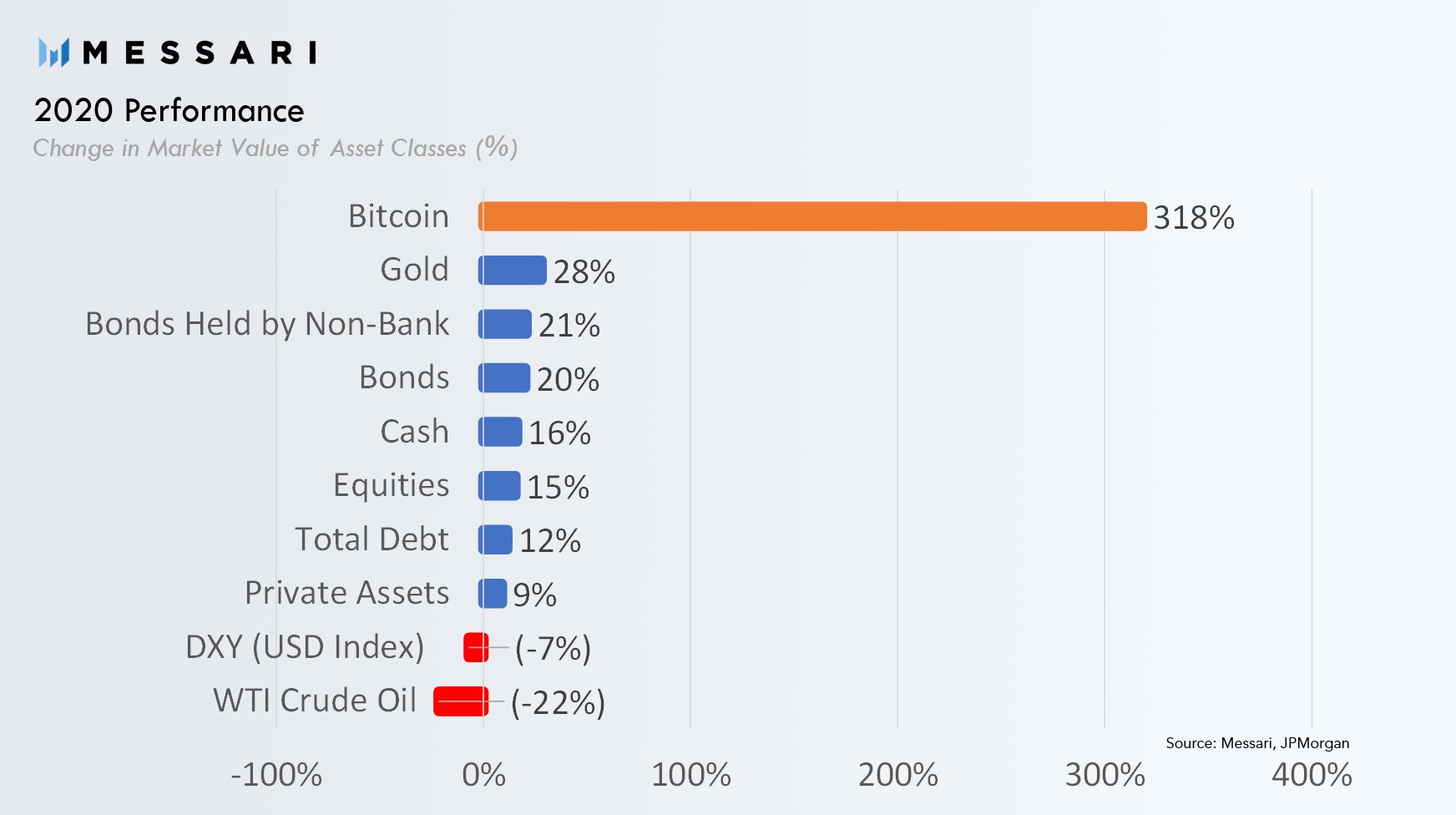 Understandably, this means that there has been an exponential hike in the performance of the digital asset, with Bitcoin outperforming most major asset classes significantly. How so though? Well, some have put the reason for this down to the pandemic-induced recession that also prompted inflationary pressures from an increasing money supply. So the question remains – Can BTC continue this trend in 2021?

According to Tom Lee from FSInsight, Bitcoin could actually triple in 2021, based on the company’s current forecasts for the digital asset. In a recent interview, Lee told CNBC that he expects 2021 to be similar to 2017, in the sense that Bitcoin could see more significant gains than it did in 2020. The returns to be expected would be, “something above 300%,” he added.

Lee also went on to state that the interplay between a weaker dollar and a stronger Bitcoin would be part of the company’s investment thesis for two reasons. The first being the fact that Bitcoin is predominantly denominated in USD, and if the dollar weakens, but Bitcoin holds its value, then BTC goes up.

However, he also suggested that the more critical effect is that the increasing amount of central bank liquidity is going to make people think of ways to keep a unit in sound money, following which, they will increasingly turn to Bitcoin.

“For those that are in the digital generation, Bitcoin is that digital asset that they want to hold as a store of value.”

Despite BTC’s extraordinary price rise this year, the outlook for 2021 seems to be even more positive than it was. In fact, crypto-exchange Deribit just added BTC calls with a $140K strike price, a development that underlines just how bullish the sentiment around this cryptocurrency exactly is.