A centralized cryptocurrency that is meant to be pegged to the dollar has suddenly stopped printing any new money.

That’s after they created more than 2 billion USDT within a period of eight months when $100 million after $100 million was printed almost weekly with $600 million printed within days just in January.

Then, it all suddenly stopped with not one cent printed after January the 23rd, a day that coincides with public revelations CFTC had subpoenaed them for investigation.

To analyze, we’ll have to bear in mind two dates. December the 5th is when CFTC sent the subpoena. We do not know what method they used for sending it, but we’d think it was by post as bureaucracy still mainly deals in paper.

While January the 23rd is when we think the subpoena was actually received by Tether/Bitfinex, with it then leaked to the press on January 30th. 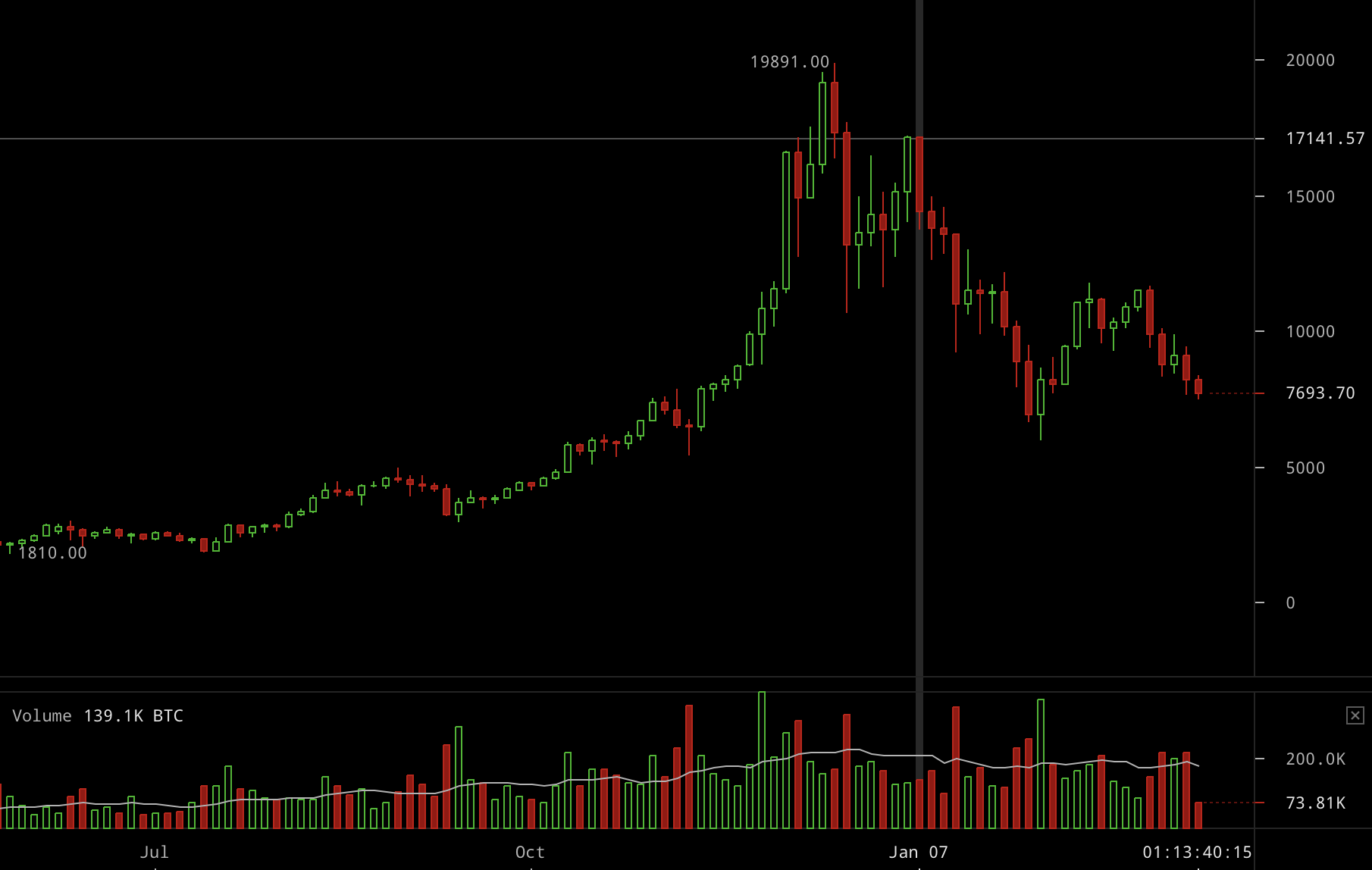 What we see above is a relatively slow rise from $1,800. Then on December the 5th there is a huge green candle, probably the biggest green candle in bitcoin’s prince ever. The reason is likely the anticipation of bitcoin futures launching on December 10th.

That green candle is followed by another very big red candle. Either as a pushback or perhaps someone had some information.

Those opened at an initial premium, but then quickly turned downwards. With hindsight, it is probable the downwards direction was a sell the news event.

A lot of anticipation had developed around futures. Now they had launched, nothing to see here anymore, so we get the two big red candles downwards from the top.

Tether’s printer goes on overdrive at this point, printing out $100 million pretty much daily, then it suddenly stops.

Why, remains unknown. Perhaps there was just too much selling and they could not keep up, or perhaps the investigation forced them to freeze operations.

But an obvious correlation between tether and bitcoin’s price can’t really be seen during the period in question from December the 5th to January 23rd.

Therefore it makes more sense to see it as a sell the news event after that stupendous green candle, with bitcoin’s price now back to the level of relatively slow rising trajectory that it had prior to the futures blitz, but at what level it will actually settle remains to be seen.