Elon Musk, who has become an influential force in the cryptocurrency market, said in a tweet on Sunday that Tesla will resume accepting bitcoin as payment for purchases of its electric vehicles once the flagship crypto’s clean energy consumption reaches at least 50% level.

Investors welcomed the news as the price of bitcoin (BTC) shot up over 9%, trading at $39.144.12 at the time of publication. 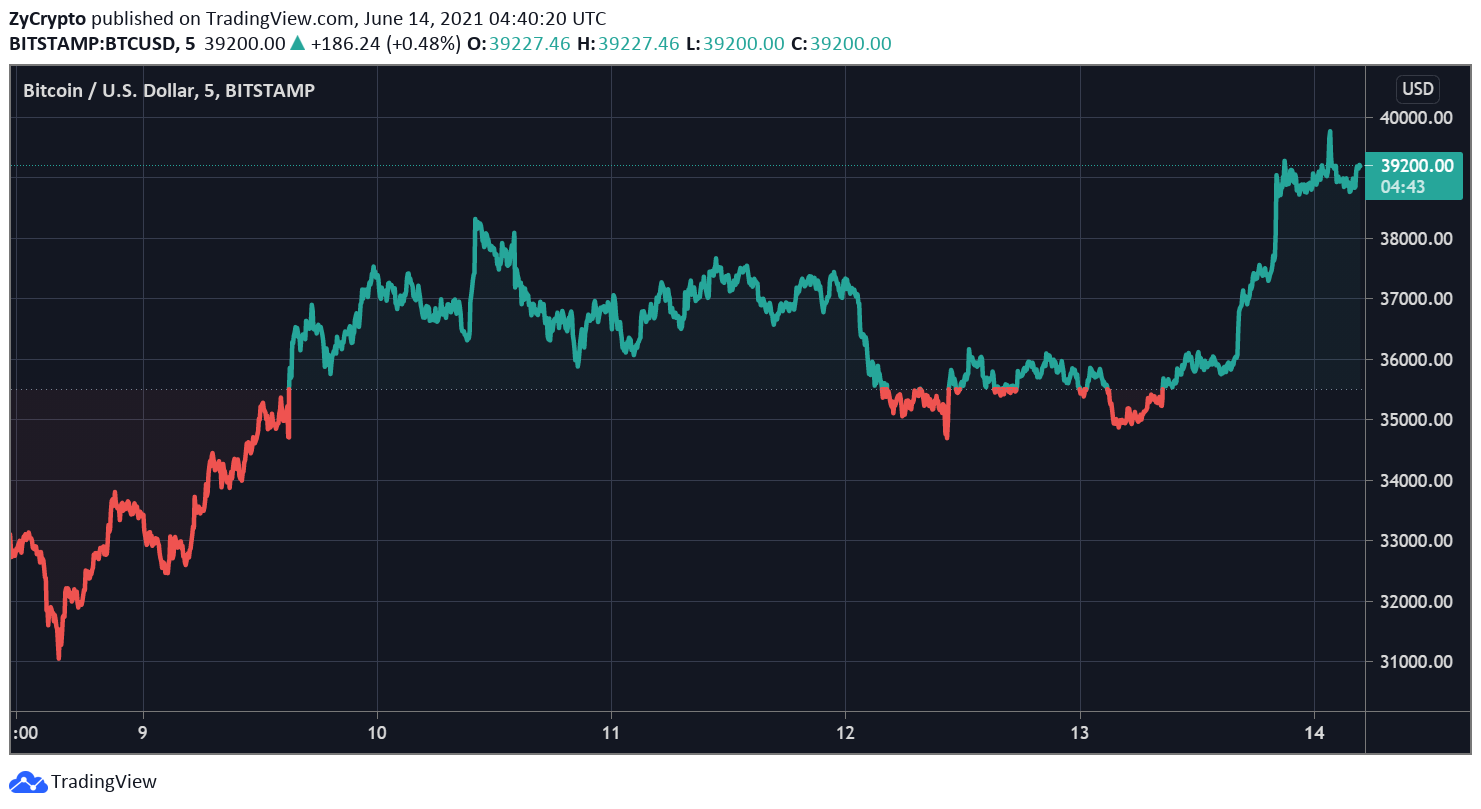 Tesla Will Resume Allowing Bitcoin Payments But Only On One Condition

Musk suspended bitcoin payments at Tesla back in May, citing environmental harm from the cryptocurrency’s mining. At the time, he stated that the company was looking at other cryptocurrency alternatives that are environmentally friendly. As we all know, Musk’s statement sparked an enormous price correction.

But now it appears that the Technoking is willing to give bitcoin another chance.

Musk also reiterated that Tesla liquidated only 10% of its bitcoin cache in April so as to prove the cryptocurrency’s liquidity as an alternative to cash without moving the crypto market. In other words, Tesla has not sold more bitcoin since then despite the lackluster performance in recent weeks.

The Tesla CEO was responding to an article by industry publication Cointelegraph on Friday about recent accusations from Magda Wierzycka, CEO of fintech firm Sygnia, who urged the U.S. Securities and Exchange Commission (SEC) to investigate Musk for allegedly manipulating the price of bitcoin and selling a massive chunk of it at the peak.

Notably, the bitcoin environmental debate has been going on for years. While critics insist that the Proof-of-Work-powered cryptocurrency is terrible for the environment, some crypto pundits have argued that over 75% of bitcoin miners rely on renewable energy sources.

This Mighty Bullish Pattern Identified By Bloomberg Puts Near-Term Target For BTC At $44,000