While some companies strategically await a hike in Bitcoin’s price to seal the deal and key them into accumulating, the South Korea Gaming giant Nexon has quickly swept in a whopping $100 million worth of Bitcoin. The news hit crypto Twitter some hours ago, and community members have been excited as they anticipate a bullish road ahead for both Nexon and Bitcoin. 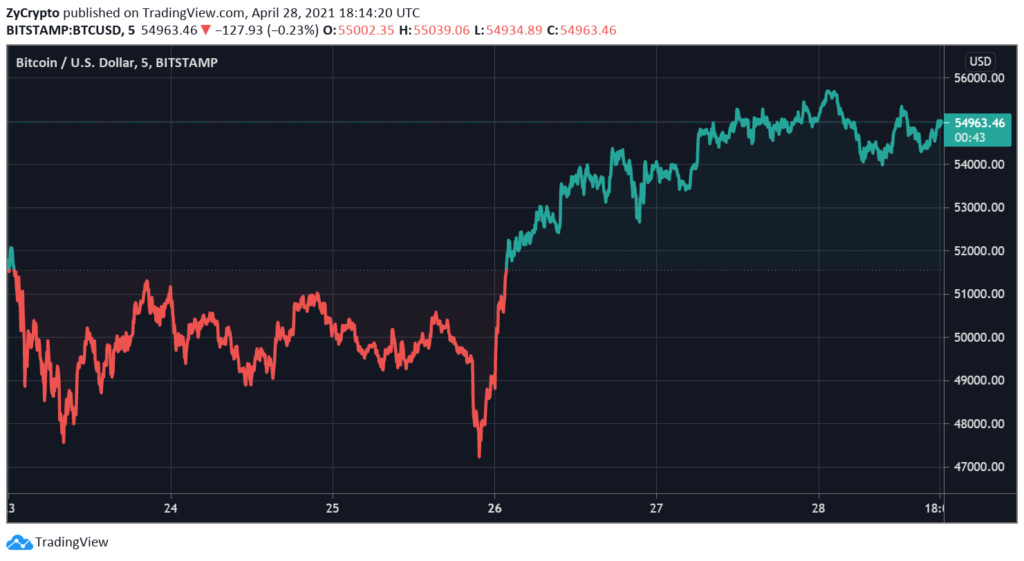 Interestingly, the jaw-dropping amount Nexon used to secure the deal makes up less than 2% of its reserves. This in itself is a strategic move for the gaming leader, as it is very unlikely that any sustained loss in the long-term would disrupt its company’s overall value.

From an insider perspective, 2% is a safe small bet, but the result that could be birthed from this purchase could set the company for life, as Bitcoin is expected to soar to new levels in the long term. With every upswing, Nexon will be raking in millions in profits.

The CEO of Nexon, Mr. Owen Mahoney seems to be thinking just like Elon Musk, whose electric car company Tesla, was one of the first to make a billion-dollar bet on Bitcoin; a bet that has continued to pay off for Musk and his company till this day. Owen, like Musk, says his company is in for the long term. Maintaining that retaining value is a key factor behind their buying decision. Owen also believes that despite Bitcoin’s volatile state, the asset guarantees stability, liquidity and remains a reliable asset.

Excerpts of his statement reads:

“We believe bitcoin offers long-term stability and liquidity while maintaining the value of our cash for future investments.”

Although many refer to Nexon as a Japanese company, it is crucial to note that Nexon is a South Korean company that was based in South Korea, but later relocated to Japan.

Nexon’s Bitcoin purchase is not the only major affiliation the company has with the cryptocurrency Industry. Nexon’s parent company Nexon (NXC)  is the owner of two leading Cryptocurrency exchanges: Korbit, which is the first Korean exchange to go live, and Bitstamp, the largest European exchange by trading volume. Nexon has had the two exchanges under its possession for the past three years.

Overall, the most recent purchase signals the rising interest in Cryptocurrencies, especially Bitcoin across the Asian scenes. It will therefore come as no surprise that other Asian institutions follow in the gaming company’s footsteps in the months ahead.

Bitcoin’s Price May Surge Once an ETF Is Approved, Crypto CEO Says