The first Wednesday of every month in Amsterdam offers a unique opportunity for every bitcoin and blockchain enthusiast.

This month, it was the 4th year since this conference started! Safe to say it was a huge celebration and a lot of people attended the event. Read on and discover more about the evening.

Before we get started, I would like to introduce you to the host of this event, BitcoinWednesday. It is the single largest conference that supports the propagation of the Digital Currency Revolution in the Netherlands.

The event itself is located at a venue called Rockstart, which is a startup incubator that helps young technology businesses grow and succeed in the marketplace. They spent the last 5 years building their international entrepreneur community, and have helped many different companies achieve their goals.

My take on the event

The conference itself was beautiful, there were a lot of people celebrating cryptocurrencies, and some pretty engaging technology was shared. Some of the content that the speakers were communicating was pretty basic, but they did a good job in presenting it in a clear and concise way. This makes sense as parts of the audience are just getting interested in Bitcoin and they use this conference as a way to connect and discuss this technology with people already in the ecosystem. 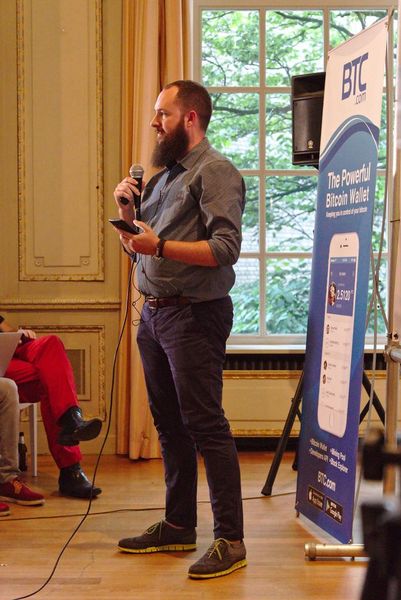 Jameson Lopp was very engaging with his discussion that “we don’t really know and understand what Bitcoin really is”, regardless of how long we’ve been in this space. Furthermore, he stipulated that people that have been around longer agree that Bitcoin is a very difficult technology to fully comprehend, yet when people are starting out, it is easy to have the feeling that they completely know what Bitcoin is and how it should be used.

His main arguments were that Bitcoin is a different solution for different people, and this subjective difference in the perception is really important in creating the difficulty of understanding Bitcoin. 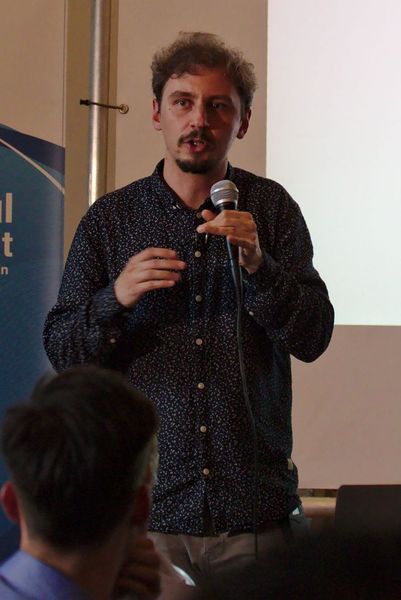 Another speaker that really resonated with me was Henri Pihkala, with his presentation of the closed-beta version of Streamr, which is a solution designed to ease the process of creating smart contracts. He showed us a versatile tool, capable of easily creating these models, and subsequently automating the coding process necessary to get them to work. Safe to say, I believe he is looking at a real, relevant problem, and he is working hard to come up with a solution for it.

Do you want to know more about Streamr?

Ken Shishido also had a tremendous presentation about the state of Bitcoin in Tokyo, with Ken making everybody smile, as he showed exactly what is happening in the Tokyo Crypto Scene. He told us about events, gatherings, and even fashion designers that are creating specialized Crypto clothing for their customers. It seems to me that the market is picking up quickly in Japan, and I hope to get the opportunity to visit Tokyo one day and report on one of these events. 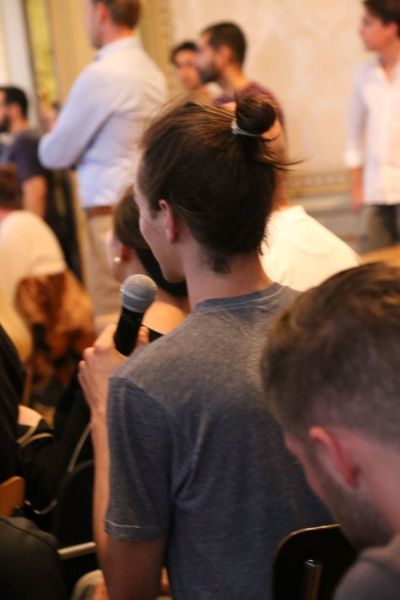 Peter Rizin, was explaining the backbone of the blockchain and discussed, in-depth, the details of creating a truly scalable cryptocurrency that can handle the vast amount of transactions that are necessary to run today’s markets.

This event ended with a networking session where everybody had the opportunity to talk to anybody they found interesting at the event. All in all it, is safe to say that the crypto ecosystem attracts a wild crowd and we are very proactive in our approach.

Frans Kempen served as Session Chair for Bitcoin Wednesday on 5 July 2017. He currently leads IBM’s Blockchain Practice for the Banking and Insurance industry in The Netherlands and Belgium. He has worked for IBM for more than a decade, and before that was able to combine his technical and commercial background in roles with Unilever, KPN, and British Telecom. Frans sees distributed ledger technology as a key enabler for Digital Transformation Programs in the financial sector.

Matej Michalko is CEO of the Blockchain-based content distribution platform known as Decent which raised more than $4.2 million during its crowd sale at the end of 2016. He is a blockchain pioneer who founded one of the sector’s first Bitcoin marketing agencies as well as one of its earliest cryptocurrency e-gaming consultancies.

Henri Pihkala is the CEO of Streamr, a low-latency, scalable, decentralized stack for real-time data. He is a software engineer, serial entrepreneur, and an ex-algorithmic trader. He specializes in complex architectures, scalability, data, and blockchain technology.

Jean-Philippe Vergne� is Associate Professor of Strategy at Ivey Business School, Western University in Canada. He is also Co-Director of the Scotiabank Digital Banking Lab, and Founding Coordinator of the Crypto Capitalism Center. He recently wrote a history of piracy and capitalism entitled “The Pirate Organization: Lessons from the fringes of Capitalism” (Harvard Business Review Press). He has focused his research on blockchain technology since 2014.

Jameson Lopp leads a software engineering team at BitGo, an enterprise digital asset security service based in Palo Alto. He created Statoshi, a fork of Bitcoin Core that analyzes the statistics of Bitcoin nodes and aims to give a DevOps perspective of the Bitcoin network.  He counts paintball, motorcycles and wine making among his interests. and waxes philosophical on the nature of Bitcoin in his spare time.

Valerian Bennett is CEO of PopChest, a platform for community-supported video that integrates RSK smart contracts and soon-to-be-distributed Pop Tokens. Valerian is a veteran television producer and editor and a documentary filmmaker from Los Angeles. He has a film degree from the University of Southern California and is responsible for the 2014 documentary� Bitcoin: Buenos Aires about the digital currency ecosystem in Argentina.

Dr. Peter Rizun is Chief Scientist for Bitcoin Unlimited and a leading figure in the block size debate that currently engulfs Bitcoin. His organization develops software used by about 40% of the Bitcoin network’s mining power, and aims to solve the block size controversy by giving miners the ability to signal their support for a larger block size, an approach that has been repeatedly rejected by Bitcoin Core.

Ken Shishido� is an organizer of the Tokyo Bitcoin Meetup group, established in 2011, one of the world’s oldest. He is also an early-stage investor in Breadwallet, Yours, Stashcrypto and other cryptocurrency-related projects. He previously handled sales and business development of enterprise telecommunications services for a large telco operator in Japan. He was a candidate in the lower house of parliament election of 2012 representing Tokyo (District 5) and Hiroshima (District 3).