Bladetec, a British IT hardware supplier, has recently revealed plans to build a Bitcoin (BTC) farm in the South East of United Kingdom, The Sunday Telegraph reported March 17.

The project dubbed the Third Bladetec Bitcoin Mining Company Ltd (TBBMC) aims to raise  £10 mln or roughly $13.9 mln from investors to build and operate the farm over the next two to three years. The developers then plan to sell off the mined coins as well as the mining equipment to provide investment returns, says the funding platform for the project, Envestry.

Bladetec founder John Kingdon claims that investors “don’t risk losing any money”. According to his calculations, sale of the mining equipment alone would result in profit; it’s unknown whether he took into consideration factors such as decreasing hardware prices and increasing mining costs that require more electricity and computing power every year. 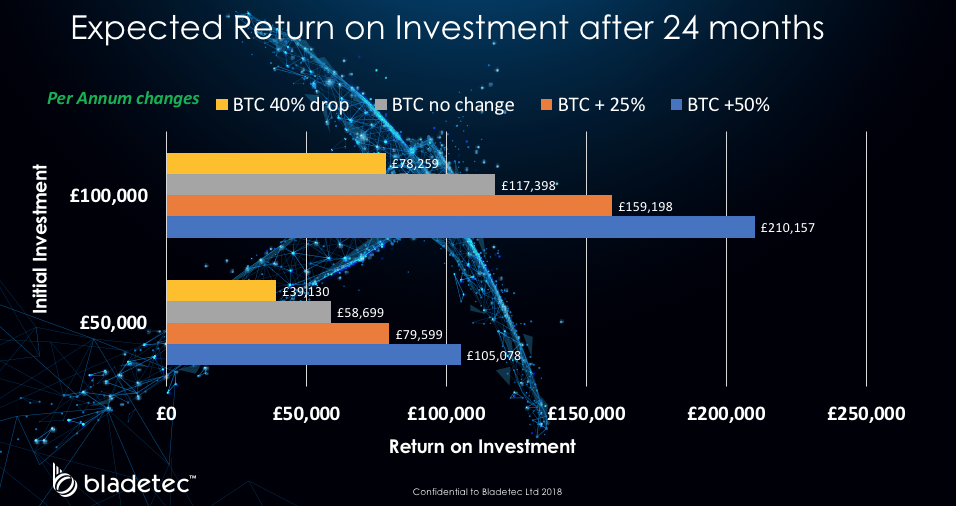 Founded in 2002, Bladetec has provided IT support, supplying, and consulting services to such bodies as the UK Ministry of Defence, NATO, and The National Grid. According to Evenstry, TBBMC will be the first Bitcoin mine in Europe funded by investors in a limited company protected by UK law.

According to the project, the TBBMC facility will cover 3,500 square feet at three locations in London, Surrey, and Suffolk. Considering the high price of mining one bitcoin in the UK, which reportedly amounts to about $8,400, most of the raised funds would be spent on energy costs, as the company is planning to mine 1,280 bitcoins, writes The Telegraph.