Sexagenarian Billionaire, Tim Draper, is doubling down on predictions that Bitcoin is on course to smash the quarter-a-million mark by the end of 2022. The strong Bitcoin proponent who rose to the ranks of a three comma senior citizen, courtesy of fruitful early investments in SpaceX, Twitter, Tesla, and Bitcoin is rooting for the apex coin to hurdle over a double $100,000 resistance within the next two years.

‘The signs are there’ said Draper, in an interview with CNBC’s Make It, ‘ give it a year and a half, and retailers will be all on the Opennode, so everybody will accept Bitcoin.’ 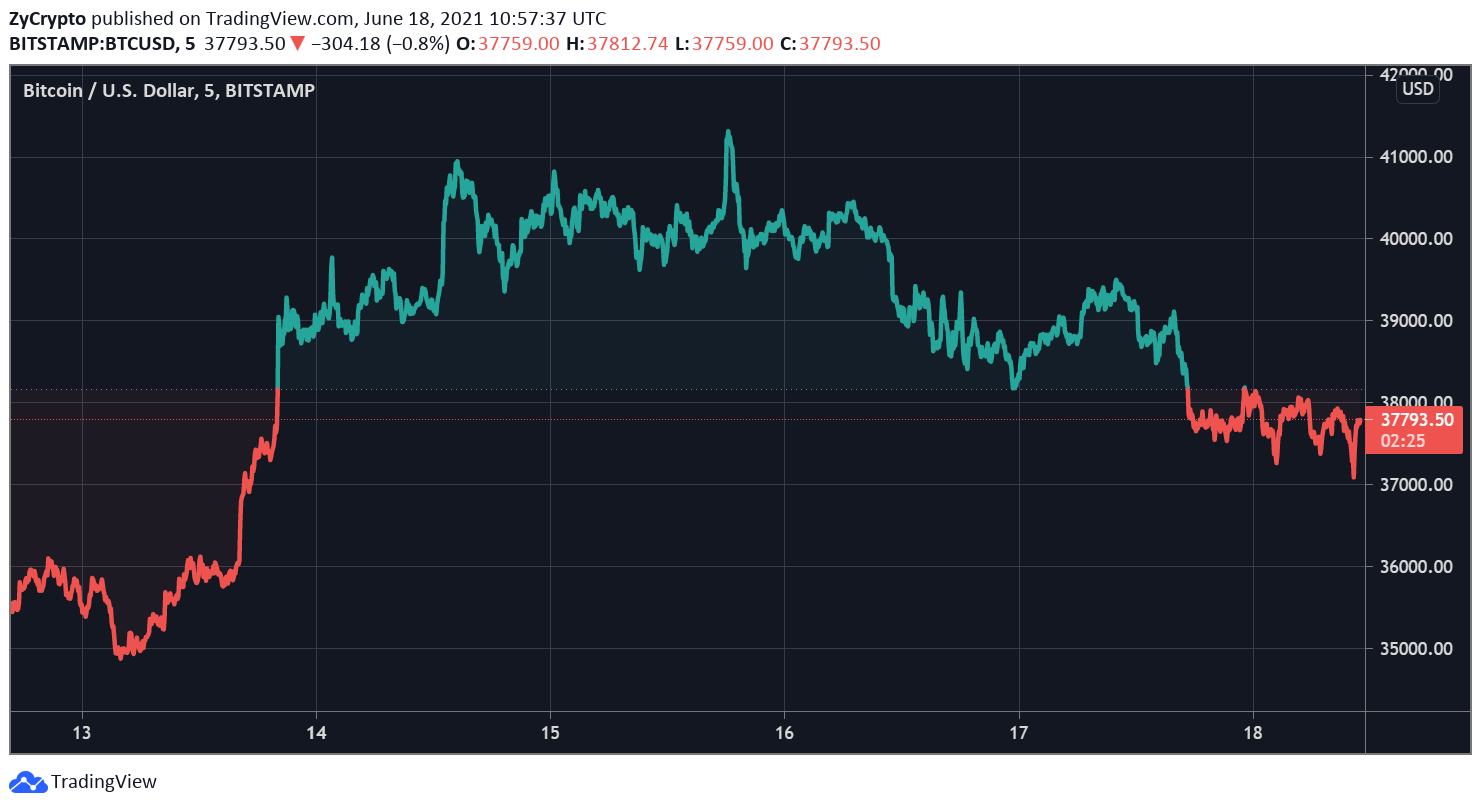 On Dogecoin and the Dogefather

The billionaire let off a mild tease when asked about Elon and his relentless effort to find new channels of relevance for his canine-themed cryptocurrency, Dogecoin. Draper called Elon ‘a brilliant guy’ who got it quite wrong with Bitcoin. This was in reaction to the Tesla boss’s May 12th tweet to discontinue the company’s acceptance of Bitcoin as a payment option for its electric cars. Draper believes Elon’s move may likely turn out counter-productive for the company seeing that plans are already underway to scale up Bitcoin and improve energy concerns.

Dogecoin, to Draper, is just another amusing cryptocurrency with little developmental strides and bleak future prospects, unlike Bitcoin which recently completed its quadriennial update called Taproot.

‘I tend to focus on the ones people are dedicating their lives to improve the currency’ adds Draper.

Will The Dream Come True?

There are many indexes that Draper may be looking at to build a sound foundation for his predictions. One is the recent El-Salvadorian government’s recent acceptance which has flung open a window for country-wide approvals especially among south-American countries.

Another may be the massive rally of support around Bitcoin to improve its functionality and tackle energy concerns. The city of Miami, after Michael Saylor, led this charge garnering over 50,000 support for Bitcoin in what has become the largest open commitment to cryptocurrencies lately.

Draper was spotted looking dapper at the conference with a tie and socks that turned the Bitcoin logo into fashionable polka dots.

This Mighty Bullish Pattern Identified By Bloomberg Puts Near-Term Target For BTC At $44,000